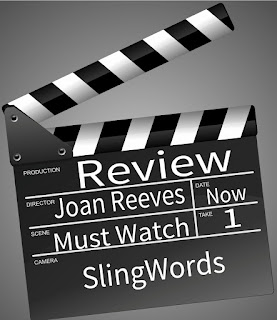 Don't F**k With Cats: Hunting an Internet Killer is the surprising title of an American true crime documentary directed by Mark Lewis and released on Netflix on December 18, 2019.

You may have missed this 3-episode series about the manhunt for a budding serial killer because it hit Netflix right before Christmas. I mean who wants to watch something gruesome during the Christmas holidays?

Well, my curiosity was piqued by the title (Don't F*** With Cats) and by the tagline, Hunting an Internet Killer. So Darling Hubby and I watched.

If you know anything about serial killers, you know the warning signs about these psychopaths. Canadian murderer Luke Magnotta had them and displayed his torture and killing of a kitten in a video he posted online.

Two people in California saw the first horrifying video and raised an outcry. From that, a "movement" that crossed countries and oceans was formed with the purpose of finding this young man who was torturing and killing cats.

They didn't rest in finding the identity of this guy who didn't stop in his thirst for internet fame. Though blocked at every turn by red tape and police officials who dismissed their "evidence" and their assertion that this cat killer would escalate and eventually murder people, they kept at it. 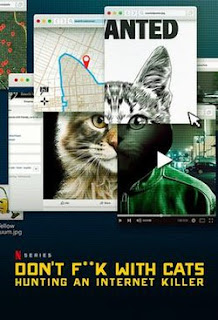 With people in several countries working on this as their personal quest, they did track him down. The documentary is the story of how they did it. Unfortunately, police and government officials didn't pay attention until Magnotta had escalated and murdered someone.

This documentary series is compelling, nail-biting suspense. It's like a bird's eye view of the escalation of a serial killer and the group of amateur online sleuths who launched the manhunt that finally brought him to justice.

Kudos to Director Mark Lewis for bringing this story to the mainstream in a documentary that shows what can happen when concerned people join together with the worthwhile goal of getting a dangerous man off the street and bringing him to justice.
Posted by Joan Reeves at 2/07/2020 12:30:00 AM