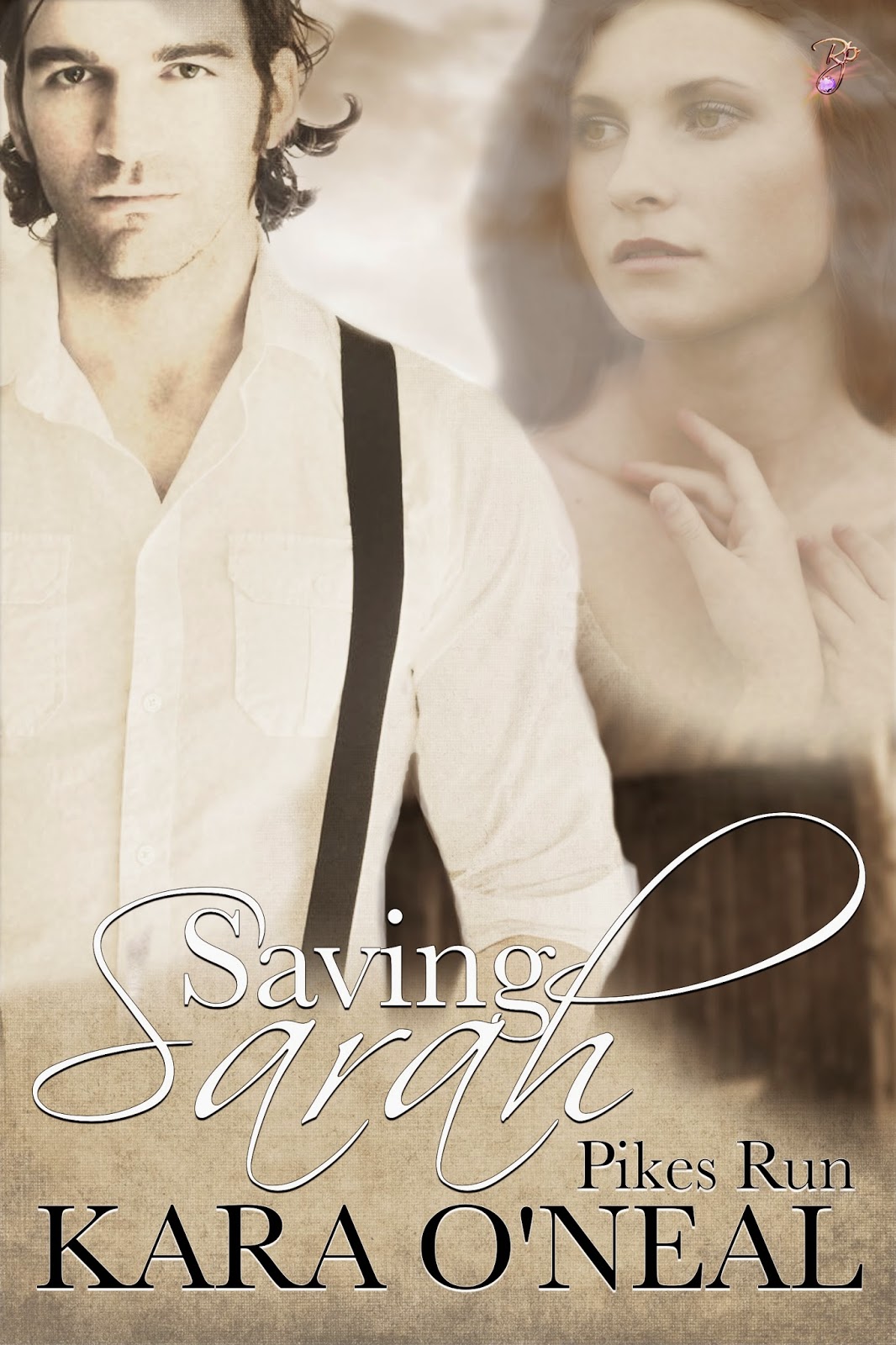 I'm pleased to welcome Kara O'Neal to SlingWords this morning. I've got my mug of freshly-brewed Dunkin' Donuts Coffee so let's chat with Kara.

Kara was born and raised in Texas. After surviving those awkward years of 7 to 16, she spent two years at Sam Houston State University where she met her husband. One marriage, two certifications to teach Special Education, and three children later, she decided to pursue a career in writing.

With four ebooks published through Resplendence Publishing, she is amazed at her good fortune and hopes the ride never ends!

Saving Sarah is the prequel to the Pikes Run Series.

Sarah Kerry's world is shattered when a man from her past, Liam Devlin, shows up with proof that, if shared, would send her father to the noose. In order to keep Liam quiet, she must break her young courtship with Michael Lonnigan, and marry Liam instead.

Michael is crushed and angry when Sarah abruptly ends their courtship, but he knows something isn’t right. He's seen the new man hanging around the Kerry family and believes the man is blackmailing the woman he loves. Unwilling to let her go, Michael will do whatever it takes to save Sarah, and make her his own.

When did you write Saving Sarah?

I wrote this story during the spring of 2014. The characters were familiar, and I loved delving into the lives of the parents of my first hero.

My first hero -- Kyle Lonnigan -- tugged at my heart. After writing his book in the Pikes Run Series, I was intrigued by his parents -- Michael and Sarah Lonnigan. I wanted to learn how they fell in love and jumped in with both feet. After finishing it, I decided it should be the prequel to the Pikes Run Series.

Why do readers buy Saving Sarah?

First -- it is a love story. Being a part of someone's journey to forever is exciting and an escape. Second -- my stories contain characters with a strong sense of family. The relationships created amongst my characters strike a chord with readers. They feel as if they're meeting their own siblings, parents, cousins, etc. in my books. And I love that.