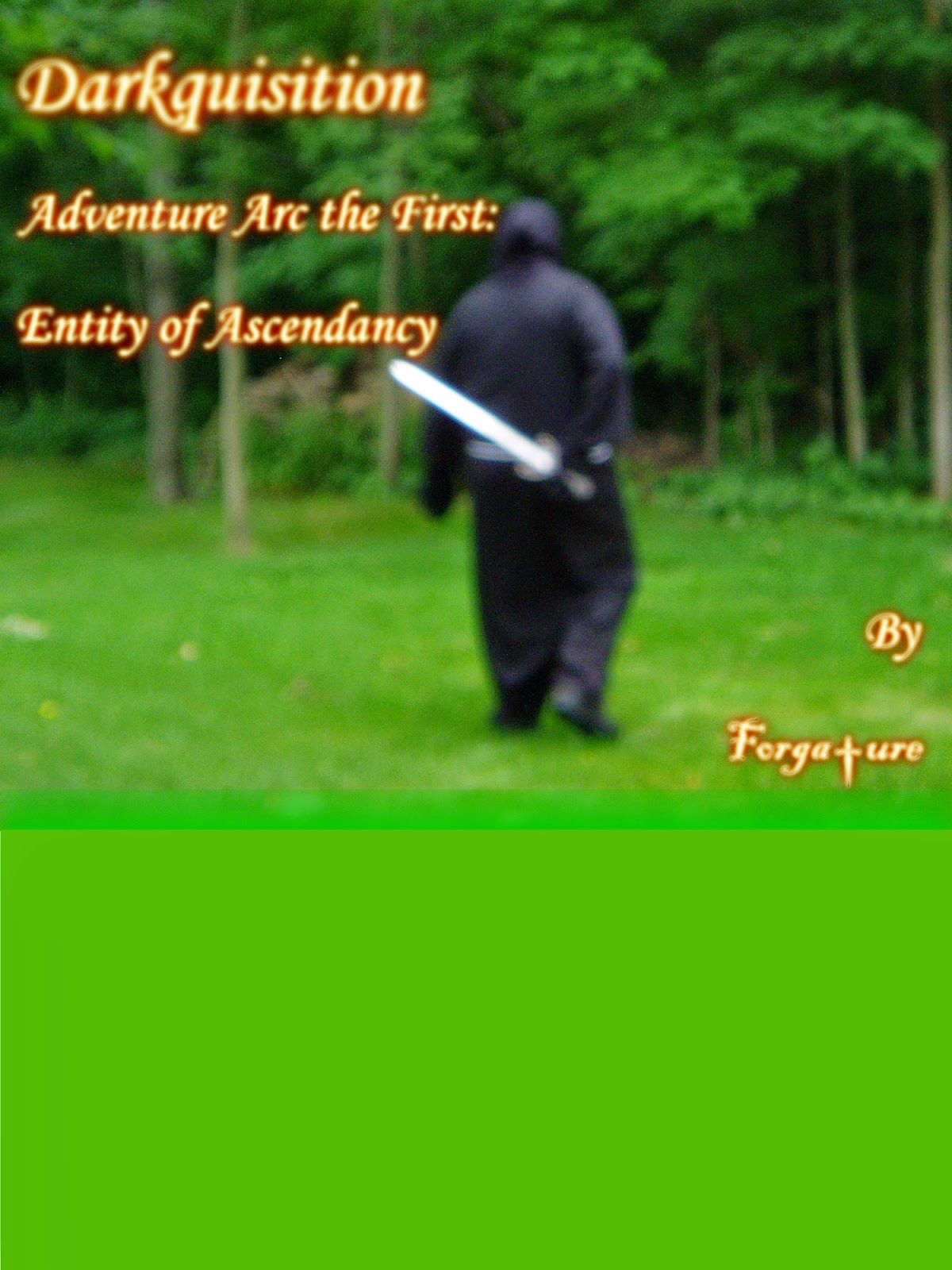 Today, I have something a bit different for you--a couple of young writers who have indie published their collaborative fiction, Darkquisition. You'll see the byline on the cover says Forgature.

John and James, writing as Zürthüryx Qosdarlu and Thejyreq Ldeikone, comprise Forgature. As you can see, they're adventurous and are playing around with various elements of novel writing and publishing.

They have taken some English classes--some college level--and written fiction for school and for fun. They've also taken a college level seminar on fiction writing.

I've offered the guys some advice about writing, publishing, and marketing because they're excited about writing and really are interested in telling their stories. I like to encourage anyone who loves to write so I'm hoping you will do the same.

I'd like to do something a bit different today. John and James tell me they're serious about wanting to be authors so I'm asking you to leave a comment for them. If you're a reader, tell them what you like to read and what about a book attracts you when you're browsing for books.

If you're a writer, give them some good advice about writing, publishing, or marketing. Writers, be sure and leave the title of your most recent book with 1 buy link.

My Personal Questions To Them

What are your real names?

How do you pronounce that?

1. In which genre do you write and why that particular genre?

We’ve dabbled in a couple genres over the years. They include action/adventure, fantasy, romance, comedy, drama, and suspense. Our most recent book is action/adventure with some fantasy elements in it. We like all these different genres because they each have their own unique flair. We especially like fantasy though because we get to be extra creative. We get to come up with things that don’t exist in the real world. Also, we can combine real things with the things we came up with ourselves.

2. What's your most recent book and what's it about?

Our most recent book is Adventure Arc the First: Entity of Ascendancy, and it’s the first in the Darkquisition series.

The city of Vallone is run by a hellish government. They have an artifact called the Tablet of Omainu. It’s a threat to the world, but they don't know how to use it yet. Meanwhile, a team of vagabonds known as Hex Immortal arrive in Vallone with the intention of liberating it even though this means taking out the government in order to acquire the tablet.

3. As an author, what can readers expect when they read one of your books?

In a nutshell, they can expect to see what we’re all about. Our writings reflect our interests. They can also expect something written to the best of our ability, an unapologetic attitude for what we put in them, lifelike characters, engrossing stories, contemporary issues, more adult themes, entertainment, and (gasp!) some education on various topics.

For the Darkquisition series, you can expect something along the lines of the United States of America Constitution mixed with heavy metal music (yes, we really do think this is the best description for it). You can also expect us to not shy away from any topic in it.

4. How did you "become" an author? For instance, was there a moment when you said: "I think I'll write a book."

We don’t remember the exact moment when we became authors. We’ve been writing for most of our lives. We like to think we always were authors; it was our fate. For this book, we decided to start writing it in May 2009. We wanted to prove something could be written that had graphic content in it, but also intelligence.

5. What's the best thing about being an author?

One thing is being able to use our imagination. There’s a big thrill for us in coming up with something from nothing. Another is we get to express ourselves. We can share our opinions about things with others. We also like to think that we can maybe educate or enlighten some people about real issues with the use of fictional characters, events, and settings. One more is that we get to have control over something. We can ultimately do things the way we want to do them. However, the best thing would have to be having somebody like something one of us has written. Knowing somebody appreciates your work is one of the best feelings there is.

6. What's the worst thing about being an author?

One thing is not getting respect from a lot of non-authors. We know what we do isn’t the most important thing in the world, but it has some merit. Another is it’s hard to get somebody interested in your book and then having him or her review it (at least for us it is). One more is having a lot of ideas for pieces, but not having enough time to write them all. We have to pick our battles. None of this is enough to deter us though.

7. Do you have editions of your books available other than ebook editions?

No, we don’t have any at this time.

8. Do you listen to audio books? If so, what device do you use?

No, we haven’t listened to any yet.

9. What device do you use to read ebooks?

We haven’t read any ebooks yet.

10. If you could give one piece of advice to an aspiring author, what would it be?

Go in with both guns blazing, or should we say both hands typing. You have to give it your all. You should also write want you want to write about. Don’t write about what’s popular at the time just because it’s popular. It won’t come off as authentic and it won’t necessarily make you more successful.

11. If you could tell readers one thing, what would it be?

Yes, we’re insane. But we’re still sane enough to know it though. We’d also like to say thank you to our readers. You guys and gals are the sheaths for our swords.

One of our big dreams (or goals) is to someday tell all the naysayers out there they were wrong. We did make it as professional writers. Another is to create a lot of controversy. This is how we know we’ve done something special. One more is we’d like to inspire at least one of our readers to go on to do something great.