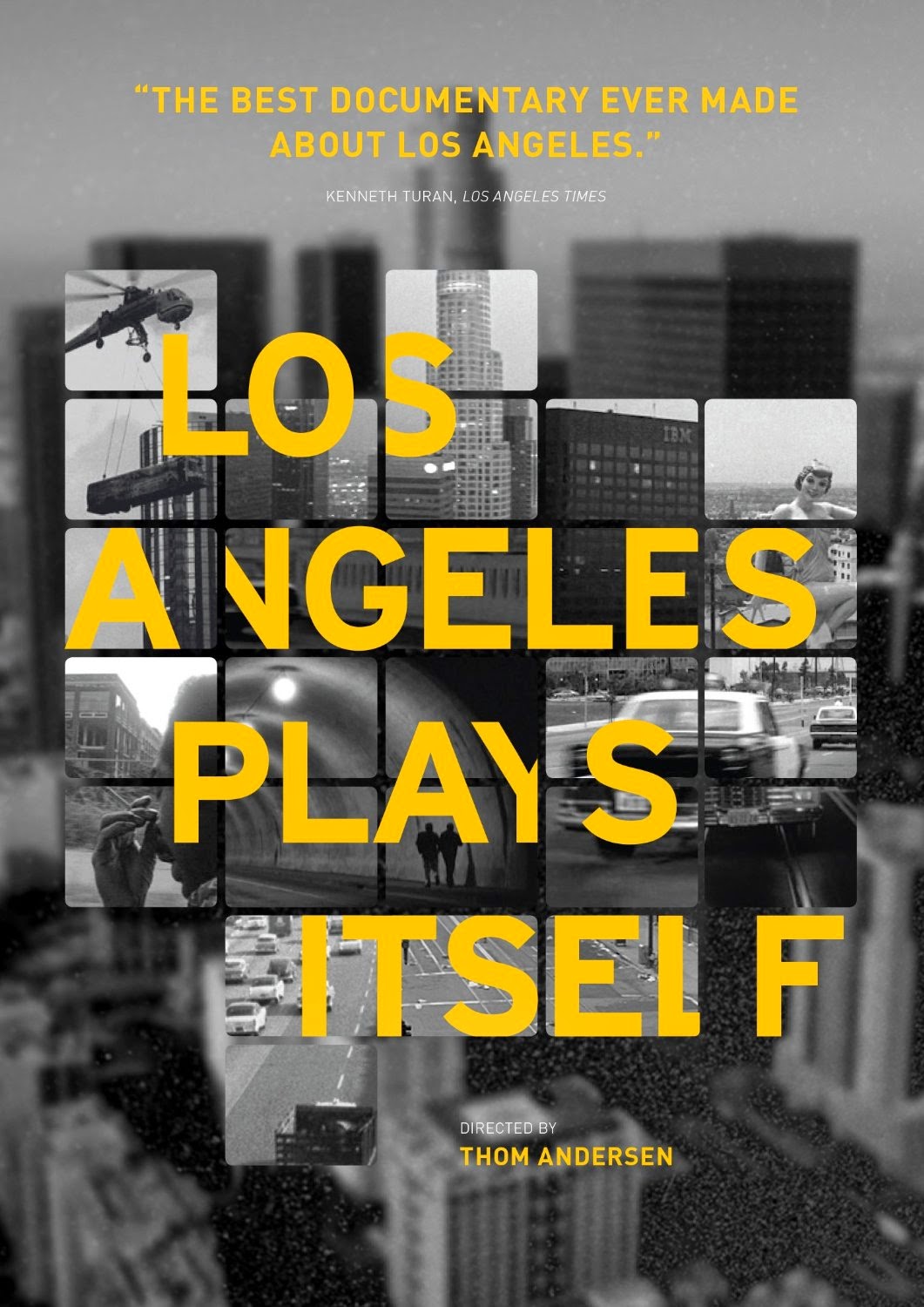 If you are a movie buff, you must see Los Angeles Plays Itself.

Directed by Thom Andersen and narrated by Encke King, who could probably be a voice double for Robert Wagner any day of the week, this documentary with a film noir style has finally been released. I say finally because it was actually created in 2003, but it took years for the "fair use" complications to be cleared up.

Los Angeles is arguably the most filmed city in the world. As the documentary points out, it's nothing to drive down a street in L.A. and see cardboard signs taped to lampposts directing those in the know to a film site.

Los Angeles Plays Itself is made of clips from dozens of movies, still photographs, intellectual discussions of the symbolism used by movie makers in selecting the various buildings, streets, and neighborhoods to put across their own social, political, and psychological viewpoints in their movies.

From the golden age of cinema to today, these sites--like the Ennis House (Blade Runner, Rush Hour, Buffy the Vampire Slayer, and many more)--are still being used, but many of the neighborhoods no longer exist. Many of the buildings--bet you recognize a lot of them--have been demolished so this documentary is also an important record of the Los Angeles that no longer exists.

The voice-over commentary connects all of those elements to create a portrait of a city known the world over as the "home" of Hollywood.

Where To Find It & Other Info

CineFamily has a list of all the movies mentioned in the documentary along with the official trailer for the film.

If you want to own your own copy, Amazon has DVD and BluRay Editions.

Los Angeles Plays Itself will enchant film historians, critics, and movie buffs, but it's also a film that will interest and entertain the average movie-goer because it's an "insider's look" at the world of movies.
Posted by Joan Reeves at 1/03/2015 11:59:00 PM