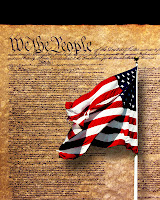 When one thinks about those who were crucial in gaining American independence, the names that come to mind are George Washington, Thomas Jefferson, Ben Franklin, Thomas Paine, Paul Revere, Nathan Hale, and so many other illustrious and noteworthy men.

But where are the Women of the American Revolution? Where are the daughters of liberty, the women who were infused with the spirit of freedom and did their part for liberty? What are their names? You may remember Molly Pitcher and Betsy Ross from history class, but what about the others like Elizabeth Burgin, Hannah Arnett, Elizabeth Zane, Mercy Otis Warren, or Nancy Hart?

Take note of these names, and on this day where we celebrate our Independence, tell someone about these women. They were inspiration for the men, solace and support, but they were also fighters, spies, couriers, and completed dangerous missions under fire. Here are a few of the women who made it possible for you to have this 4th of July to celebrate.

Hannah Arnett through her oratory exhorted disillusioned ill-equipped Patriots from giving up the fight for independence. In fact, she threatened to divorce her own husband if he gave up the fight! The men voted to continue.

Elizabeth Zane, during a battle at Fort Henry in the latter days of the war, volunteered to run to her brother's house a short distance away to get more gunpowder for the defenders of the fort. She dumped the gunpowder in her apron and ran back under a hail or arrows and musket fire.

Mercy Otis Warren wanted to do something to reach the common people with revolutionary ideas. She wrote plays that made fun of the British, and that was a dangerous thing to do since that was a crime punishable by jail time. She ignored all that and kept writing. Mercy wrote the first history of the Revolutionary War using her notes from meetings and conversations. History of the Rise, Progress, and Termination of the American Revolution was published in 1805.

Nancy Hart didn't lie when British soldiers came to question her about helping out a Patriot soldier, she freely admitted it and killed two of the soldiers with their own muskets.

Margaret Corbin followed her husband into war, taking care of cooking and other needs. When the British attacked Fort Washington in New York, she took over her husband's job as matross, the person who loaded the cannon, when the gunner was killed. Her husband was killed, and she was hit and left for dead. A doctor saved her, but she was left permanently disabled. For her bravery, "Captain Molly" became part of the Invalid Regiment. She was the first woman to receive a lifetime pension for the wounds she suffered in battle.

Sybil Ludington was the female Paul Revere, and she rode twice as far. The British had sacked Danbury, Connecticut, a Patriot supply center, and were headed for Fredricksburg, New York. Sybil's father, Colonel Ludington, was in charge of the local volunteers. He needed someone to go gather the troops, and Sybil volunteered. She rode to the villages, spreading the news. The Patriots massed and were able to force the British back to Long Island Sound.

Scholars say several women were known as Molly Pitcher during the Revolutionary War, but Molly Hays McCauley is generally considered to be the Molly in question. "Molly, bring me a pitcher" was what men on the battlefield called out when they desperately needed a drink of water. That was shortened to "Molly, pitcher".

Molly McCauley was bringing water to the men, at the battle of Monmouth, New Jersey, and she saw her husband shot. She rushed to him and took over his position at the cannon, firing several rounds at the oncoming British forces. Her bravery and good aim inspired the soldiers to keep fighting and they sent the British retreating. General Washington commissioned her as "Sergeant Molly Pitcher."

These are just a few stories.For more wonderful stories of female bravery, visit Women and the American Revolution for a brief capsule history of some of the daughters of liberty.

Bravery knows no sex or color nor is it a matter of education, economics, religion or any other element. The late John Wayne, known for playing heroes, once said: "Courage is being scared to death... and saddling up anyway." That's what all real-life heroes do.

Honor Independence Day by remembering that freedom is never free. It's bought with the sacrifices of others -- women and men.
Posted by Joan Reeves at 7/04/2013 05:00:00 AM