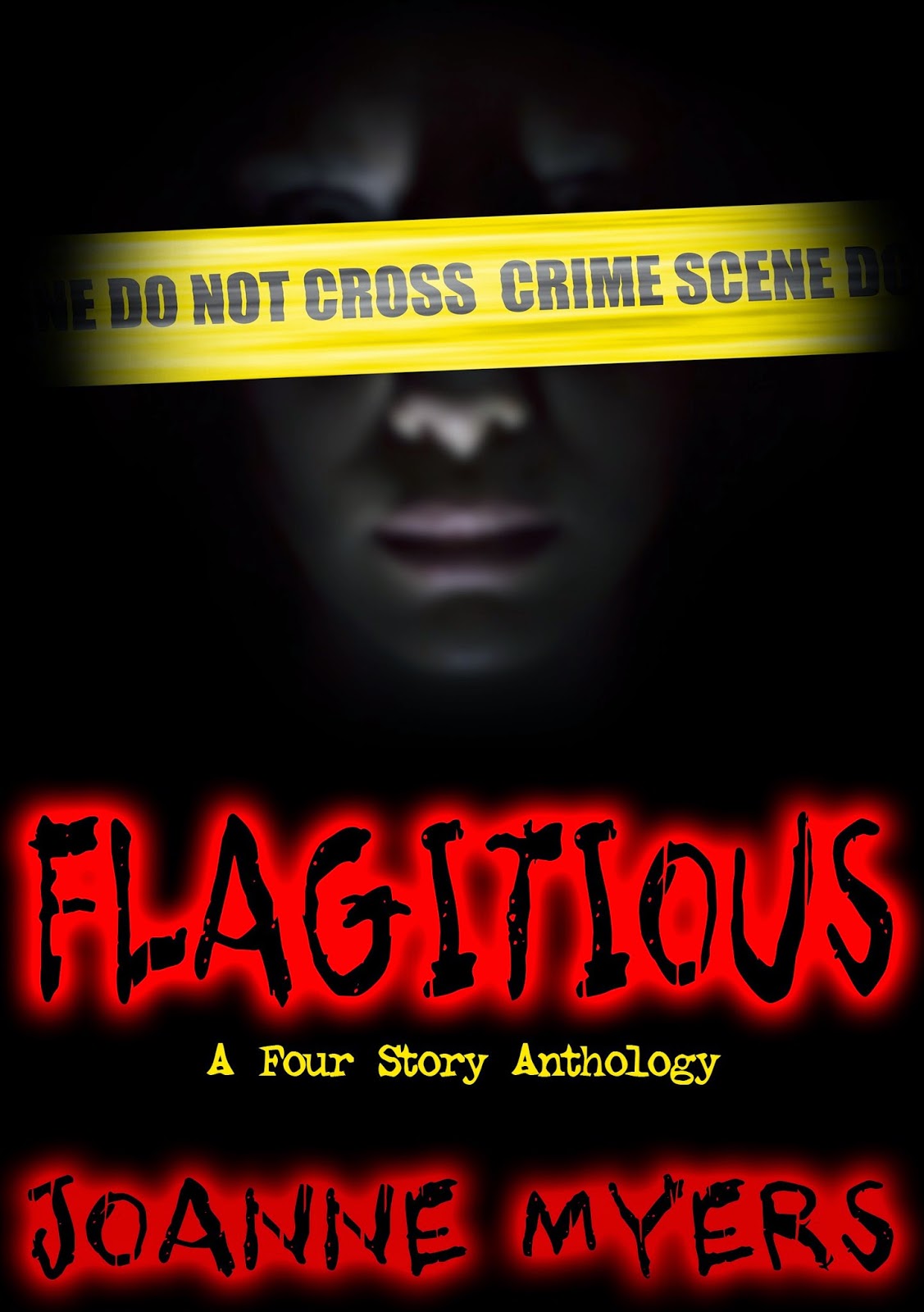 Lycanthrope. Werewolf aficionados know that a lycanthrope is a werewolf. Right?

JoAnne Myers, author of Flagitious, a 4 story anthology, discusses lycanthropy, featured in one of her stories, "The Tarot Card Murders," in the anthology.

JoAnne, a long-time resident of southeastern Ohio, has written 7 novels plus she paints on canvas. Her original canvas paintings, can be found at Books and Paintings by JoAnne.

She is a member of the International Women’s Writing Guild, Savvy Authors, Coffee Time Romance, Paranormal Romance Guild, True Romance Studios, National Writers Association, the Hocking Hill's Arts and Craftsmen Association, The Hocking County Historical Society and Museum, and the Hocking Hills Regional Welcome Center. JoAnne believes in family values and in following one's dreams. When not busy with hobbies or working outside the home, she spends time with relatives and volunteers within her community.

Thank you Joan, for having me back. I will be awarding books to 2 lucky people. Each winner may choose from these books for their prize: Murder Most Foul, Wicked Intentions, Twisted Love, The Crime of the Century, Flagitious, Loves, Myths, and Monsters, or Poems About Life, Love, and Everything in Between. To be eligible to win, just make a comment and leave your email address.

The study of Lycanthropy, (Greek derivation: Lycan meaning wolf and thrope meaning man) is a rare condition in which a person has an uncontrollable desire to eat human flesh, or drink human blood. It is vastly scrutinized by psychiatrists.

That was not the case for my hero Detective Nick Difozzio, in “The Tarot Card Murders,” one tale in my crime/mystery anthology, “Flagitious”. When young and virginal homicide victims turn up with human bite marks and drained of blood, this ex-Navy man knew he had a gang of Lycanthropes in his town.

The perception of a link between mental illness and animalistic behavior has been traced throughout the history of folklore from many different countries.

Centuries ago, afflicted persons exhibiting bizarre symptoms were diagnosed as having melancholy. Now, some doctors refer to Clinical lycanthropy as a psychotic episode caused by another condition such as schizophrenia, bipolar disorder, or clinical depression.

In “The Tarot Card Murders,” Nick is on his own to prove this murderous gang exists. When the Chief of Police, orders him off the case, Nick is left with only his courage, wits, determination and a Voodoo Priestess, to solve these bizarre murders, and save his citizens.

Documented cases of lycanthropy include the afflicted suffering from the same 4 symptoms:
In “The Tarot Card Murders”, the gang members are connected by their birth dates of August 24, the birthstone peridot, and the Horoscope sign Virgo. Members are kept in line with monetary rewards, intimidation, and threats of death, from the gangs Alfa male and female. The more Nick uncovers, the more personal and dangerous this case becomes.

If you enjoy reading about lust, lies and deceit, you will love “The Tarot Card Murders." Here's an excerpt to give you a taste of the story.

The Scene: Detective Nick Difozzio has been called to another bizarre murder scene, located in the abandoned industrial section of town.

An abrupt silence filled the room. “Shape-shifters? You mean like a Yeti turns into a deer to avoid those who track it. Or the Loch Ness monster turns into a log?”

After Ted and the others poked fun at his fantastic idea, Nick laid it out, “Not exactly. But certain creatures are believed to have shape-shifting powers of one sort or another, and what other possibility is there to explain these bizarre murders?”

“Well, we could have a psychopath lurkin’ around. Or a nutty drifter or escaped convict,” Ted said. “But it doesn’t take a brain surgeon to understand that, if shape-shifters do exit, they would be very elusive creatures, nearly impossible to detect and capture. What does take a lot of imagination, is believing in shape-shifters.”

“Yeah, I guess you’re right. I’ll see ya tomorrow,” Nick said. Once outside, he noticed the full moon, and wondered, who will die tonight? On reaching his vehicle, he discovered a surprise in his passenger seat.

“Well, sugar, I was thinkin’ about the last time you were at my house. You remember, when you cabbaged my safe contents so foolishly?”

With a chuckle, he nodded. “Honey, the only foolish thing I did that night was fail to realize the money in the safe was counterfeit. But I bet it’s all gone now.”

“And I bet you’re right,” she smiled. Just then, Denise’ partner in crime, twenty-two-year-old Wendy Goss zapped the lawman with a stun gun from behind, dropping him like a hot potato.

Jumping from the vehicle, Denise removed Nick’s gun and cell phone, placing them under the seat. Afterward, both women placed him in the backseat. Getting behind the steering wheel of Nick’s car, Denise drove his Mustang, while Wendy followed in her Firebird.

Halfway to the destination spot, Nick regained consciousness. With his gun gone, he played dead, hoping to find the gang’s hangout. Soon both vehicles stopped. Denise exited the Ford then helped Wendy search the Firebird’s trunk for the items needed for Nick’s demise.

“Someone better keep an eye on the cop,” Wendy said.

As soon as the murderous beauties were finished gathering their supplies, Denise slammed the trunk shut. Immediately Nick punched her between her baby blues, knocking her to the ground before turning on Wendy. Nick swapped blows with the tall slender gal and encountered a high degree of skill. Recovered, Denise attacked him from behind with a blow to his ribs, bringing him to his knees.

Does Nick make it? Read Flagitious to find out, available on Amazon Kindle and in print from Lulu.

Do you believe in werewolves or is it just fun reading about them? Don't forget to leave a comment with your email address to be eligible to win the books JoAnne is giving to 2 lucky winners.
Posted by Joan Reeves at 2/18/2015 01:00:00 AM