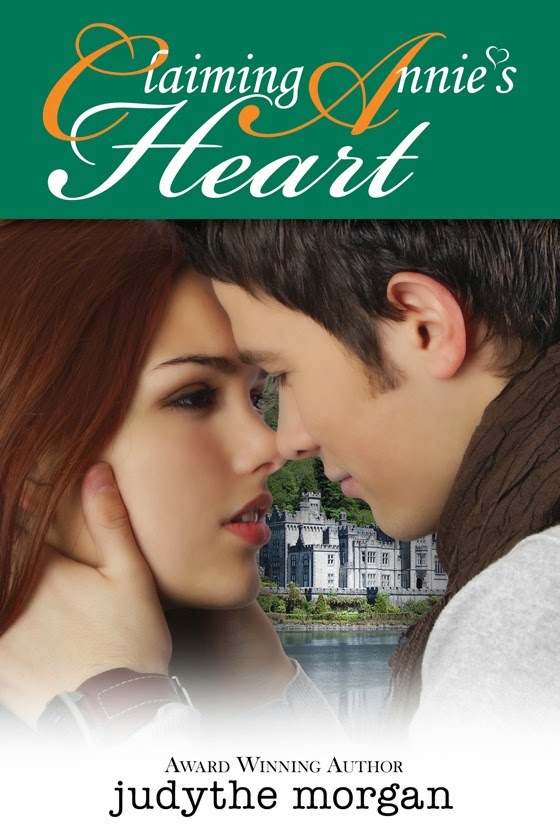 I'm happy to have my friend Judythe Morgan, an award-winning author who writes sweet contemporary romance, visiting this morning.

Judythe sets her novels in other countries as well as in states where her nomadic life planted her.

She currently lives in southwest Colorado with the Rio Grande National Forest as her backyard.

When she’s not writing, you’ll find Judythe browsing antiques shops, reading on the front porch, or walking with her real life hero and their two four-legged babies, an Old English sheepdog named Tobias and a Maltese named Buster.

Her first love Chad Jones, whom she believed deserted her, arrives on an undercover assignment weeks before the wedding to investigate her fiancé’s connection with terrorists. Chad’s determined to change her mind and her heart because he’s never stopped loving her.

Annie’s heart is torn between the man she'll always love and her fiancé's young daughter whom she’s promised never to abandon. Which man will claim Annie’s heart?

When did you write Claiming Annie’s Heart?

I started Annie’s story in 2007 and entered the manuscript in several RWA chapter contests where it won multiple awards and requests from editors. Unfortunately, those editors wanted to change Annie’s story and I couldn’t do that. Instead, I elected to indie publish. In 2014, Claiming Annie’s Heart was released in paperback and all ereader formats.

The idea for this story came from my Irish roots and many trips to Ireland. On one of those trips, I visited an Irish girls’ boarding school where I experienced one of those rare writer moments--a character sprang fully formed into my head, commanding me to tell her story. That character was Annie Foster, the heroine of Claiming Annie’s Heart.

Readers say the Irish setting and the unique reunion love story fascinate them. One reader reported: “The story kept me guessing about Annie's choice until the very satisfying end. Claiming Annie's Heart will claim your heart.”

If you love an emotion-packed story that's a wonderful marriage of romance and women's fiction, then read a book by Judythe Morgan.
Posted by Joan Reeves at 2/05/2015 01:00:00 AM