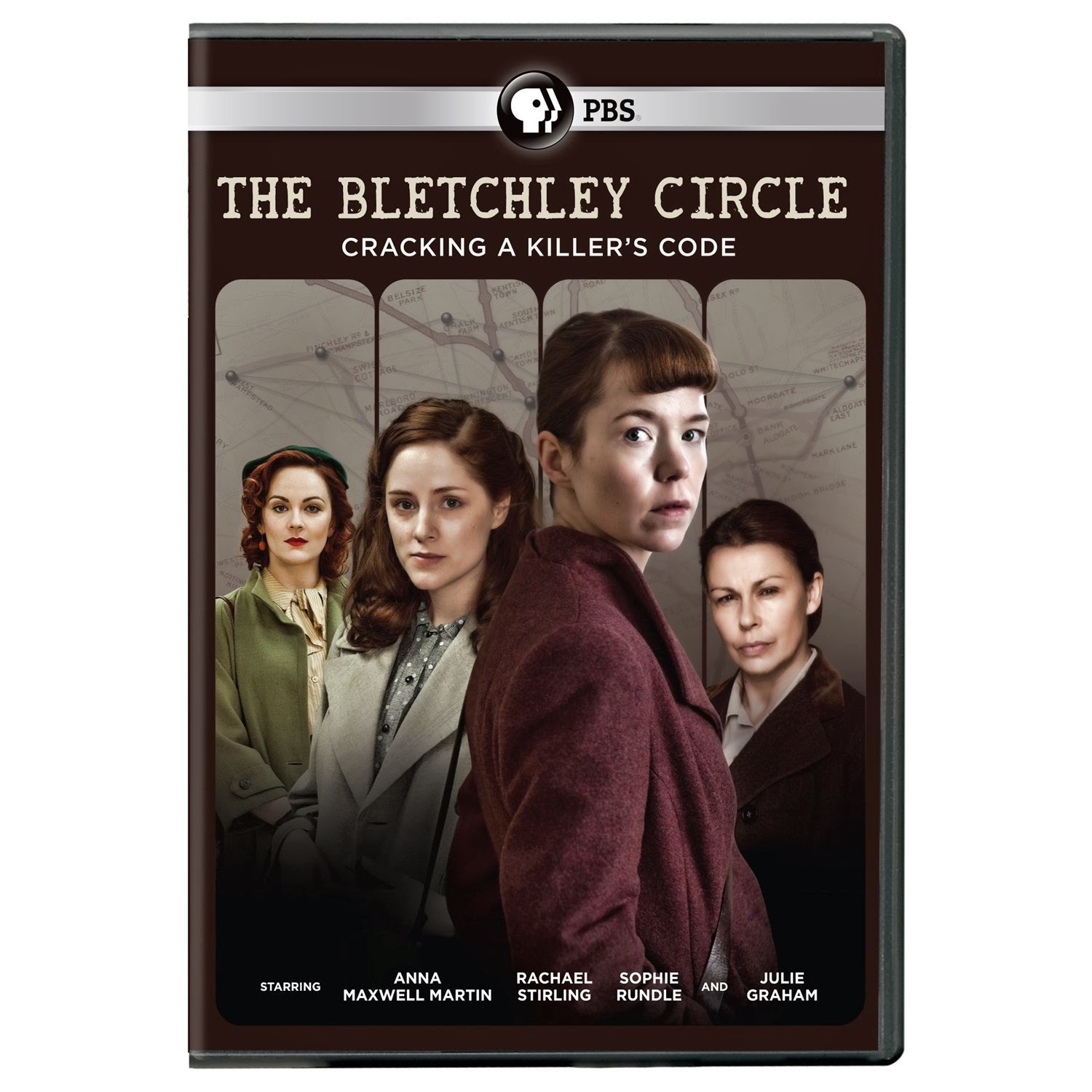 is excellent! I found it on Netflix, and decided to give it a try because the blurb pushed all my buttons.

Four ordinary women with an extraordinary flair for code-breaking and razor-sharp intelligence skills are the focus of this murder-mystery drama. Having served as code breakers in World War II, the four now focus their talents on catching killers.

The unwieldy title is such a disservice to this movie which is in 3 parts. This movie is topnotch in every respect. Set in post-WWII, these women have been thrust back into the mundane and forced to resume their former lives. When you've been a genius code breaker, it's hard to be "the little woman" again.

Anna Maxwell Martin is housewife Susan Gray. Rachael Stirling is the outspoken Millie. Sophie Rundle is Lucy who has an eidetic memory. Julie Graham is bureaucrat Jean who still has connections.

Prior to WWII, women were marginalized. It was a man's world, but the war changed that. Men went to war, and women went to work. Women had a chance to show what they could do whether it was shooting rivets into an airplane wing or working for a super secret think tank. Women showed that they too had brain power and could analyze complex problems and come up with solutions.

So what do they do with those skills, that experience of working with other super-intelligent women and men? How do they turn off their brains and return to housework, laundry, and cooking for hubby? Of course, they can't. This film is about these women who contributed so greatly to the war effort. They were never allowed to divulge what they did -- not even to their husbands.

I truly hope The Bletchley Circle

will have more episodes made because it's intelligent as well as entertaining. Definitely watch this one.
Posted by Joan Reeves at 1/17/2014 03:00:00 AM