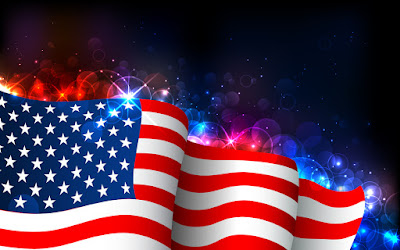 Today is Flag Day in the U. S. A., and here's the list of Flag Display Days I promised to post.

You may know someone who has an actual flagpole in their yard on which they raise and lower the flag each day.

If you have a smaller flag, you may wonder when it's correct to display your flag, other than on Flag Day.

These are the standard dates that the flag can be displayed. You can also display it on other days as proclaimed by the President of the United States, and on "birthdays" of states, that is, the date the state was admitted to the Union, and on state holidays.

I was surprised by some of these dates. For example, I never thought of flying the flag on Thanksgiving or Christmas Days.
Posted by Joan Reeves at 6/14/2020 12:30:00 AM