What to Know About Military Honors 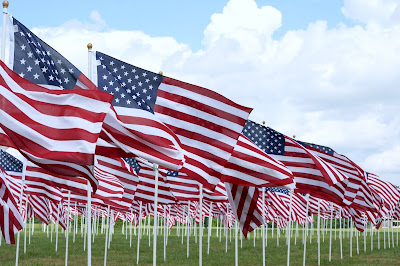 Veterans Day: In honor of my Dad who was part of the World War II D-Day invasion.

Thank you, Veterans, for your service and sacrifices.

I honor you and the active duty personnel (and all first responders too) who are serving as I write this.

Once, long ago, just about everyone in the United States had a relative or friend who served in the military.

I don't think that's true now. Perhaps it's because our armed forces are now made up entirely of volunteers.

Not very many people are familiar with the various awards bestowed upon members of the armed forces. Sure, everyone's heard of the Purple Heart and the Medal of Honor, but do you know why they're given? How often their give? What the criteria are for a person to receive one of these or any of the several other medals? I hope this post will enlighten.

What is the highest honor awarded for bravery to a member of the military?

The Congressional Medal of Honor.

There are 3 versions: Army, Air Force, Navy and Marines. Most often, it's given posthumously.

There are 71 living recipients of this award for bravery above and beyond.

What are the top military medals awarded?

The Purple Heart is probably best known and is awarded to soldiers who are wounded during battle.

For the United States Army, the Distinguished Service Cross is awarded for extreme acts of heroism for soldiers who act valiantly but don’t quite earn a Medal of Honor.

The Navy Cross is the honor most likely to have been awarded to servicemen present during the Pearl Harbor attack and is identical to the Distinguished Service Cross and carries the same eligibility criteria. 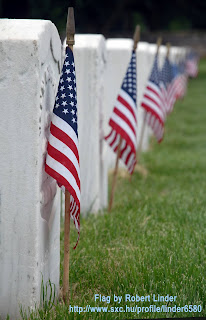 Like the Navy Cross, the Air Force Distinguished Service Cross has the same requirements.

The Silver Star, the third-highest honor awarded to military personnel, is presented to a member of the United States military who exhibits a level of bravery not meeting the criteria for a Medal of Honor or Service Cross.

Who can be buried with full military honors?

At most military funerals, many mistake a 21-gun salute for the 3 volleys fired from their rifles by an honor guard team. The origin of this is from traditional battle ceasefires where each side would clear the dead. The firing of three volleys indicate the dead were cleared and properly cared for.

Who receives a flag at a military funeral?

A U.S. flag is provided, at no cost, to drape over the casket or to accompany the urn of a deceased veteran who served honorably in the military. The flag is given to the next-of-kin after its use during the funeral service. 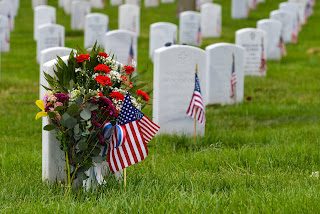 Who should salute during a military funeral?

Only those who are in the military or are are veterans of the military salute. Civilians do not, but it is proper to place your hat or your hand over your heart during those times.

To view these medals and learn more about them, visit Military Awards for Valor.