Review: Set It Up 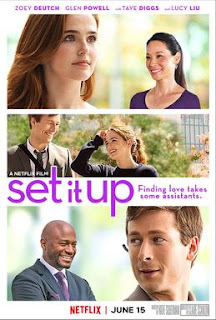 Just released today is the Netflix original film, Set It Up, a romantic comedy film directed by Claire Scanlon and written by Katie Silberman.

One might consider this Devil Wears Prada times 2 in that there are 2 arrogant, selfish bosses rather than one, resulting in 2 beleaguered employees, hoping to get a big break by catering to every whim of these egomaniacal bosses, scheming to make the two bosses fall in love.

Since this is a romantic comedy, you probably know that the two schemers end up falling in love, but their journey to that moment and their Machiavellian plotting is what makes this film so good.

Most movies billed as romantic comedies in the last few years don't seem to understand what a romantic comedy should be. This one has some edgy humor--for better or worse, the way real young people talk to each other in today's world. 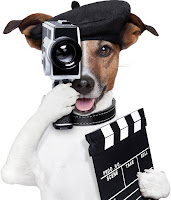 Best of all, it's got what should be in a romantic comedy: characters who are intelligent--especially women who are smart and don't do dumb things--likable, caring, and, best of all, do the right thing when it really matters.

If you're looking for a good romantic comedy, this one is a must-see film.

This is truly the first modern romantic comedy with heart, soul, romance, and humor. Let's just call it a modern classic and be done with it.
Posted by Joan Reeves at 6/15/2018 01:30:00 PM