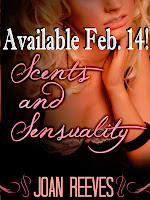 Last week, I burned a CD of the music that makes up the soundtrack I created for my latest romantic comedy Scents and Sensuality. I hereby promise all of you that it will be available on or before Valentine's Day! I swear. There I've set it in stone.

(Now I hope the universe doesn't unleash another "storm of life" on me which is what usually happens when someone tries to achieve something that seems out of reach. But "storm of life" is a subject for another day.)

Lest you think I'm hopelessly old school, I'll hasten to explain why I still play CDs. Because 2 of my cars don't have iPod sync, only 6 changer CD players.

Anyway, many of the songs were rocking tunes. Even the sexy, romantic songs have a beat that makes you want to move. Ah, music that makes you seat-dance as you drive, tapping the steering wheel, nodding your head, singing loudly, and generally looking like an idiot to the other drivers.

Here are some of the songs I burned onto the CD. Check them out. You might like them too. You'll notice Josh Groban on the Playlist again. There's just something about his voice that lends itself to a passionate love scene.

Nobody Wants To Be Lonely by Ricky Martin

Haven't Met You Yet by Michael Bublé

Lonely No More by Rob Thomas

Love Letter by Clairy Browne and the Bangin' Rackettes (totally love this tune -- just listen to the sexy lyrics -- hot!)

The Way I Want You by Julio Iglesias Jr.

I Need To Know by Marc Anthony

I Could Fall In Love by Selena

Figured You Out by Nickelback (explicit and powerful lyrics)

When I'm Gone by 3 Doors Down

My Confession by Josh Groban

When You Say You Love Me by Josh Groban

Now, back to my cave. I am slicing and dicing the manuscript today.