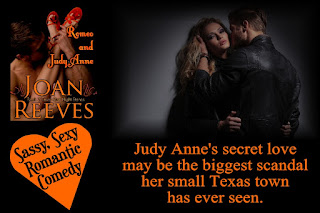 Today I'm having a belated birthday celebration for Romeo and Judy Anne, one of my most popular romantic comedies published 5 years ago.

Leave a comment on this post with your email to win an audio book of Romeo and Judy Anne.

I think it's time for new ebook readers to discover this romantic comedy that hit the Top 100 Amazon Bestsellers list. When the new wore off, Romeo and Judy Anne settled into the top 1,000 for a long time.

Can good girls ever win?

High school principal Judy Anne Palmer doesn't think so. She was always a good girl who never did an impulsive, rebellious thing. Ever. And look where it got her! Stuck in a life she hates!

One night in Dallas, she meets a man and decides to indulge in a liberating night of passion--liberating her from the stigma of being the oldest living virgin north of the Rio Grande. After all, she'll never see her one-night Romeo again.

Unfortunately, the night doesn't turn out exactly the way she planned, and her one-night Romeo isn't exactly one-night stand material.

When Roman Carlisle turns up in her hometown as a new teacher on her faculty, Judy Anne knows that she's in big trouble. Can she resist the desire that burns between them? Can a night of sex and illicit love be enough?

With eccentric small town characters, a bratty niece, an overbearing school board president, and the temptation of a secret lover, Judy Anne has all she can do to keep her passion from turning into the biggest scandal little Clayton Bend, Texas, has ever seen. 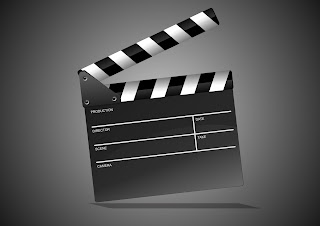 I've always thought this book would be great as a movie so I thought I'd share my list of actors who would be perfect as the main characters of this book. I've embedded their respective IMDB links so you can see a picture of them and learn more about them.

Oh, and I've chosen actors who probably aren't that well-known. Yet.

Judy Anne Palmer, high school principal -- Emily Bett Rickards who's most known for her appearances in the super hero series Arrow, The Flash, and Legends of Tomorrow and for family movies like Dakota Summer etc. She not only looks the way Judy Anne should, but Ms. Rickards has a "likability" and vulnerability that shines through her roles. Of course, it doesn't matter what hair color and eye color are. That can all be altered. Even height if one remembers Tom Cruise as Jack Reacher. *g*

Roman Carlisle aka Romeo should be portrayed by Alex Pettyfer of I Am Number Four and Magic Mike. Since Roman is American but raised in England, Mr. Pettyfer would be perfect with an American accent tinged by the crispness of an English accent.

Heather Rodriguez, Judy Anne's best friend, should have Francia Raisa, known for Bring It On: All or Nothing and The Secret Life of the American Teenager. Heather gets her own story in Crazy For Love, Book 4 of the series which I will eventually get written if life crap would stop happening.

Brian Carlisle, Roman's step brother, should be portrayed by Jamie Bell, known for Billy Elliot and The Adventures of Tintin. 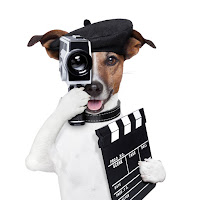 Howard Gruen, officious school board president, should have J. K. Simmons in the role. I love this actor. He is so very good in every thing which stands to reason since he is an Academy Award and Golden Globe winner. He brings authenticity to every role whether it was as a shrink on Law and Order, a police assistant chief on The Closer or a pitchman for State Farm Insurance.

Thanks for playing along. If you've read Romeo and Judy Anne, what do you think about my fantasy movie cast?