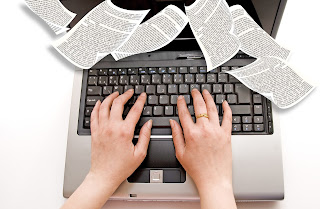 During January, I'm posting about some writing realities or truths you should recognize if you want a career as a writer. Today's Writing Reality Number 3: Not every good book you write will sell.

Previously posted:
Let's read that again. Not every good book you write will sell.

Once upon a time, back before indie self-publishing was so easy, authors consoled themselves when books didn't find a publishing home with the fact that they had company in the form of thousands of other authors who couldn't sell books that were well-written. All of us accepted that the competition was really stiff so we just wrote another book and tried again.

Well, the gatekeepers like editors and agents who turned down most authors have been replaced by readers. That's right. Readers are the new gatekeepers for those of us who self-publish. Now instead of trying to "sell" to an editor or agent, we're selling directly to readers.

Unfortunately, that doesn't make it any easier to sell books. In fact, since just about every person on the planet has discovered how easy it is to self-publish books, it actually makes it harder to sell.

With thousands of books being published every week, how do you get your book noticed? That's the big question now, and that's why the Writing Reality No. 3 is still true.

Not every good book you write will sell.

When I say sell, I mean thousands of copies, not a few here and there. Selling a couple of copies every day won't pay a mortgage or put food on the table. So accept the fact now that not every good book you write and publish will sell well.

If it's not selling, then don't bemoan and get depressed. Write another book. Get more inventory out there. As you write, devote some time each week to learning more about effective marketing. Bite the bullet and pay for advertising. The only thing you truly control is the writing and publishing part of the process. Once it's out there, you control nothing.

It's always better to know the score so you won't waste time bemoaning the lack of sales. That puts you ahead of the game and toughens your resolve. 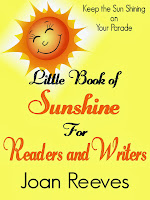