How to Write a Tagline 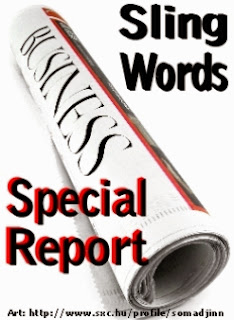 Do you know what a tagline is? In the entertainment industry, a tagline, sometimes written as tag line, is a small amount of text designed for dramatic effect. You know, it's the few words you see on a movie poster, DVD box, product, etc. You know, it's that slogan that sticks with you.

A good tagline is a punch in your consciousness that makes you remember the book, movie, or product.

Some may think a tagline is the same as a logline, but the two are different even though the lines have blurred together as entertainment media have blended. Many authors have adopted screenwriting lingo to describe their books.

A logline is a one-sentence summary of a dramatic presentation, TV program or movie, and encapsulates a synopsis of the characters and plot as well as an emotional hook to grab the audience.

Perhaps the length and the item being marketed are the main differences between taglines and loglines.

A tagline is a few words or a phrase.

A logline is a sentence.

A tagline is used to promote a product of some kind whether that product is a book, movie, charity, video game, or a laundry detergent.

A logline is used to summarize a visual medium usually like a screenplay, movie, TV show, or, in the last few years, a book.

Having said all that, I advise you to not worry much about whether you've created one or the other. The important thing is to express the essence of your book, video, or whatever in as few words as possible.

I'll talk about loglines another time. For now, I want to give you some examples of good taglines. These are from an analysis I did a few years ago.

Timex: Takes a licking and keeps on ticking.

There's Something About Mary: Love is in the hair.

Alien: In space no one can hear you scream.

Fargo: A lot can happen in the middle of nowhere.

Ferris Bueller's Day Off: One man's struggle to take it easy.

Highlander: There can be only one.

My novella April Fool Bride: Is it a marriage of convenience or something more?

Never underestimate the importance of a good tagline. It can literally sell a DVD, book, movie, or social cause.

This point was underscored recently when my husband's latest DVD purchase arrived. It was Season 3 of Cinemax's Strike Back, a series noted for high body count and nonstop action. I read the tagline on the box and thought, "Wow. That would sell it immediately to the target audience."

The world's not saving itself

That made me open the drawer and pull out the box sets for season 1 and 2.

Season 1: Brutal, ruthless, deadly. And they're the good guys.

A good tagline should:

1. Be short and succinct. Less is more.

2. Capture the essence of the book or movie--either the plot, characters, conflict, or tone. Fabulous if you can get it all there someway or other.

4. Grab attention and hold it. You want them to read the tagline, have an emotional reaction, and then read it again.

5. Be memorable. You want it to stick with the audience so they'll tell their friends about it.

Begin with movies and DVDs that you've seen. Read the taglines. See how they did it. Now, take your books since you know them so well and start writing taglines. Practice until you have made it part of your own skill set.
Posted by Joan Reeves at 8/14/2015 06:54:00 PM