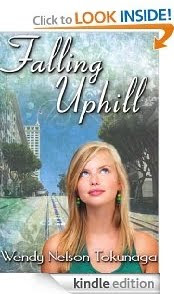 is a gem of a book. I truly loved this story from the first page which sucks you in with a great hook and doesn't release you until the end, at which time you want to go back to the beginning and read the book again.

In this multi-layered novel, Candace Grey, an anthropology professor at a small Michigan college, is almost 30 and mired in a fizzling relationship with a man who won't commit any more than he'll become the kind of man she needs.

With plans made for a summer of research in Los Angeles to be followed by a fall dedicated to completing her thesis on gender roles as influenced by sitcoms, Candace is unsettled and lonely and uneasy and worried about her relationship. When she's notified that her only remaining relative has died in San Francisco, she decides to attend the memorial service there. That decision changes everything in her life, and leads her on a voyage of discovery about the star of one of her favorite television shows and about her own self -- what she wants out of life and what she's willing to fight for.

From the first page of this novel, you'll find yourself believing in Candace and her issues and understanding what makes her tick. It's as if she's someone you know, and maybe that's because we recognize her longing to be with someone because that would mean she wasn't alone in the world. Even though the man in her life doesn't nurture her, she tolerates his critical assessments and makes excuses for him and hopes he'll eventually commit because she wants marriage and children yet she doesn't push for that.

The subtle restrained emotions, the engaging characters, and the inexorable recognition of certain truths -- life is to be enjoyed, life is short, life is what you make it, and, in the end, life is what you decide to either settle for or to reach for -- fuels this novel. When you think it's predictable, it surprises you. When you think you see Candace's happy-ever-after coming down the pike, you breathe a sigh of relief because it's rewarding in a way that pleases anyone who ever struggled for a way out.

Don't be surprised if you're overcome with a burning desire to go to San Francisco and discover the enchanting stairway houses for yourself. In many respects, the city by the bay is as much a character as Candace and her pessimistic pals. She and her friends undergo an "optimism renaissance" as they recognize that not all men are bastards. Candace's embrace of the city she learns to love is a reflection of her willingness to step out of her comfort zone, ignore conventional wisdom, and reach for what she wants.