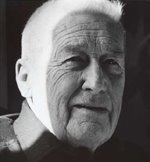 Welcome to Trivial Thursday. Here at Sling Words we're having a birthday party for Frank Morrison Spillane known to readers worldwide as Mickey Spillane who is a mind-boggling 88 today. Funny, I always thought of this master of the hard boiled detective novel as being the same type of man as his creation, private detective Mike Hammer. I would never have thought hard-living Mike Hammer would make it to a ripe old age so it's surprising to me that his creator has. Still, there is a body of thought that authors live long lives so perhaps it isn't that surprising after all.

I, THE JURY. The hardback book didn't sell very well, but the paperback took off like a rocket and became a bestseller all over the world. Though the character of Hammer would be considered a sexist jerk in today's world, he was created to be an avenger directly opposite popular fictional hero Philip Marlowe.

There have been several movie versions of Spillane's work including a popular television series in the 1960s. Personally, I think Armand Assante nailed the character with his portrayal in the 1982 movie version. The movie itself is not that good because rather than sticking to the original story, the powers that be tried to update it with contemporary ideas. The end result was mush, but Assante's performance was stellar.

Spillane wrote his first book in only nine days. After it became such a success, he quickly wrote six more Hammer novels. Five were published between 1950 and 1952. The Long Wait sold 3 million copies in a single week in 1952. This was phenomenal back then. Even today that kind of sales would be a phenom. His sixth book The Twisted Thing wasn't published until 1966.

One of the most famous lines in popular fiction occurred in I, The Jury. In it, Hammer investigates the murder of his best friend. At the end of the book, beautiful, but bad, Charlotte Manning dances a strip tease in order to dissuade Hammer from killing her. Hammer shoots her anyway, and Manning asks: "How could you?" Hammer replies: "It was easy."

Mickey Spillane, born in Brooklyn, New York, was the son of a bartender. Growing up, he read the classics but was also fascinated by comic books. He briefly attended Fort Hays State College in Kansas, but dropped out and moved home. He started writing in the 1930s. His first stories were published in comic books where he was one of the writers of Captain America, Captain Marvel, and the Human Torch. He also wrote for the pulps.

When World War II came, Spillane worked as a flight instructor for the U.S. Army Air Force. In 1945, he met and married the first of several wives. In 1946, he left the service as a captain and moved back to New York with his wife.

His work has been condemned as much as it has been praised. Critics said he wrote "garbage" to which Spillane replied: "Yeah, but it's good garbage." In 1967, a list was complied of the bestselling books published in the United States from 1895 to 1965. Seven of the top twenty-nine books were Mickey Spillane novels.

Spillane has said that he wrote his text in two weeks and never revised anything he wrote. When critics tried to belittle his achievements, others have leapt to his defense, including literary darling Ayn Rand who said: "...Spillane gives me the feeling of hearing a military band in a public park."

In 1952, Spillane was converted to Jehovah's Witnesses and stopped writing. Then in 1962, he came back with another Mike Hammer novel The Girl Hunters. He had another hiatus from writing in 1973-1989 when he was a spokesman for Miller Lite.

In the 1990s he returned to comic book writing. Finally, in 1995 the Mystery Writers of America presented him the Grand Master award. He's written other books from James Bond type stories to Harold Robbins type sagas. He's even written children's books, but Hammer remains his most popular character. The shamus has outlived all his fictional contemporaries. The last Mike Hammer book Black Alley came out in 1996, but in 2003, he had a new book published. This book Something 's Down There, was an espionage thriller featuring retired agent Mako Hooper.

In an interview five years ago, Spillane said he was still writing and had finished a couple of adventure stories. He was also working on another Hammer book. As a long-time Hammer fan who discovered his books when I was fourteen (which will horrify my mother if she reads this), I can only hope it will be finished and published before he passes to that big bookstore in the sky.

Despite his self-effacing comments about writing, Spillane has to be considered a writer's writer. He had this bit of advice to writers in Speaking of Murder, edited by Ed Gorman and Martin H. Greenberg, 1998): "The biggest part of the joke is the punch line, so the biggest part of a book should be the punch line, the ending. People don't read a book to get to the middle, they read a book to get to the end and hope that the ending justifies all the time they spent reading it. So what I do is, I get my ending and, knowing what my ending is going to be, then I write to the end and have the fun of knowing where I'm going but not how I'm going to get there."