Review: The Ballad of Lefty Brown 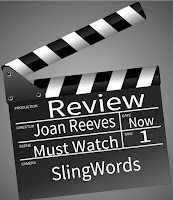 I enjoy the occasional western movie, but Darling Hubby loves them.

We agree on one issue though. We watch anything with Bill Pullman. The man is an amazing actor and seems "real" in whatever character he inhabits.

So when Darling Hubby selected The Ballad of Lefty Brown to watch on Netflix, I was okay with it.

In case you're not a Netflix subscriber, you can watch The Ballad of Lefty Brown on Amazon too. 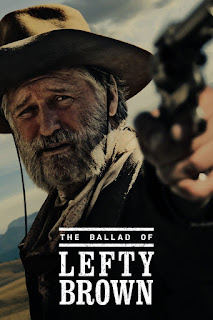 As always Pullman made the film. His carefully nuanced performances in other roles usually steals the movie. I imagine he loved playing Lefty Brown.

Lefty, a bumbling, unattractive old cowboy who is determined to find the man who killed his longtime partner. He totally pulled out all the stops in the characterization of Lefty.

Lefty may seem as slow-witted as he is slow-moving, but he persistent in the way of old-time lawmen who let nothing stop them in their quest for justice.

Quests like this always remind me of the nineteenth century Texas Rangers who created the legend of one riot-one Ranger to stop it.

Unlike most straight-forward western movies, this one, set in the Big Sky state of Montana, has a few surprises and a big conspiracy by powerful, wealthy men.

The cast is rounded out with solid performances by Peter Fonda, Kathy Baker, Jim Caviezel, and a small role by Lewis Pullman—a little nepotism,right?