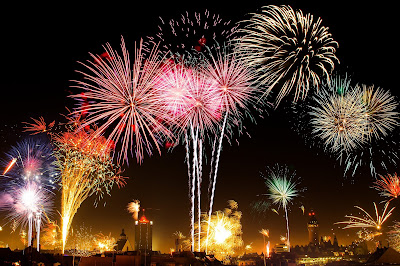 In many southern households, New Year's Day brings the lowly blackeye pea to the dinner table as the star of the meal.

If this tradition puzzles you, you're probably neither southern-born nor a southern resident.

I read that eating blackeye peas on New Year's Day goes back about 1,500 years ago. Part of the Talmud written in that era says it was Jewish custom to eat blackeyed peas in celebration of Rosh Hashanah, the Jewish New Year, which actually occurs in the fall.

One theory is that Sephardic Jews who settled in Georgia in the 1730's brought the tradition to America.

Then there's folklore that says during Union Army General Sherman's march, the army stole the Confederates' food supplies but left the peas and pork, thinking they were livestock food, not fit for people. Thus, the Southern soldiers felt lucky to have the simple food to keep them through the winter.

Another Southern tradition says blackeye peas were a symbol of emancipation for African-Americans, who were officially freed on New Year's Day after the Civil War.

The simple dried legume could symbolize lack of arrogance, or, as another story says, the dried pea expands in volume when cooked, symbolizes expansion of wealth. 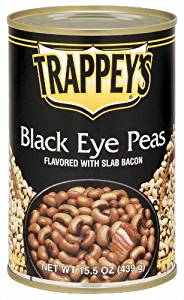 Most stores are sold out of blackeye peas by now.

I usually cook dried blackeye peas. You cook them as you would any dried legume. They're best seasoned with salt, a ham hock or trimmings, bacon, or some similar pork fat.

In a pinch I have purchased canned blackeye peas like the ones from Trappey's shown at left.

When I was a kid, we lived near a Trappey's cannery. In September, the hot peppers were harvested, picked, and canned. Wow, the air would literally singe your eyeballs!

A Moment in Time is all that's needed for Love to be Revealed in this highly sensual romance short story.

Cheyenne Smith, better known as C. A. Smith to her co-workers, decides New Year’s Eve is the perfect time to give in to insanity.

She plans to throw herself at Luke Harper, the man she loves, and hope that he catches her.

Will Luke be her safety net?