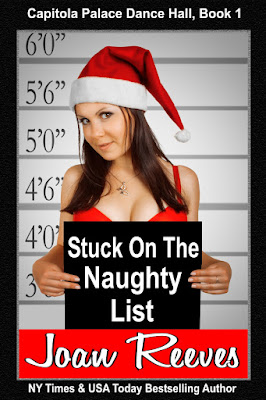 What's New With Me?

I have a new Christmas short story, and I think the cover is sassy, sexy, and holiday cute.

Do you think it will catch the readers' eyes?

Stuck on the Naughty List is only 99cents. Here's a little blurb.

A year ago, Cassie left Ben, the man she loved, so he could have the life he’d been groomed for since birth.

When she returns to Capitola, Texas, her small home town, for Christmas, she’s arrested on a trumped-up charge and taken downtown.

Could the new Chief of Police be the perfect man to mend her broken heart?

Where the Heck is Capitola, Texas?

You can find it on some vintage maps, but your GPS probably can't locate it. Like more than a thousand other towns in Texas, Capitola is a ghost town.

This was the 3rd book I’ve set in a town that was once a real town and is now just a memory. Stuck on the Naughty List is set in a town that no longer exists. Capitola was located in Mason County which is part of the Texas Hill Country. The community boomed briefly and then faded away.

Capitola intrigued me from the moment I read about it because it was founded by a woman—and not just any woman, but an avid reader. 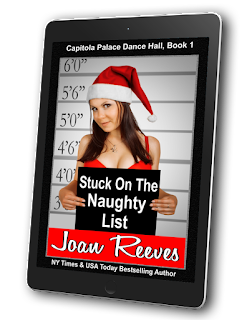 Sarah E. Jenkins, the postmistress, founded the community in 1894. She loved to read and named the town after the heroine in a popular novel of that era: The Hidden Hand, or, Capitola the Madcap by American author E.D.E.N. Southworth. (That’s Emma Dorothy Eliza Nevitte Southworth.)

The little community failed to thrive, and the post office closed its doors a dozen years later. Then the route of the main road was altered, and that was the end of Capitola.

Well, the end until I resurrected it because it was the perfect inspiration for me to create a series with a western swing dance hall, the Capitola Palace Dance Hall, as the center of the social life in the town and surrounding counties.

In case you don’t know, American Western Swing music is a genre that’s entirely Texan. It came out of the Great Depression with Bob Wills as one of the co-founders of the genre.

The song by Waylon Jennings, “Bob Wills Is Still the King,” is a tribute to Wills and Western Swing music which is played in Austin and by popular bands like Asleep at the Wheel. (Check YouTube!)

I loved “meeting” Cassie and Ben and will feature them in a second book as they join forces with a couple of newcomers to save the Capitola Palace Dance Hall from destruction. 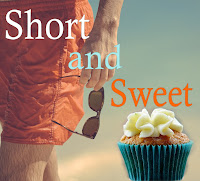 They satisfy my desire to read when I'm too busy to tackle a full-length book or even a novella.

Too busy perfectly describes the time period from Thanksgiving to New Year's.