Why Thanksgiving Is a National Holiday 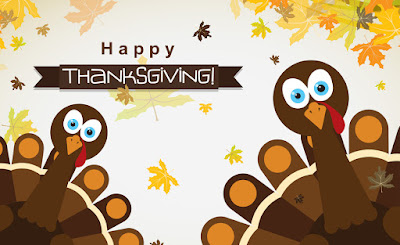 Yes, the Pilgrims gave thanks for surviving in the New World, but without Sarah Josepha Hale, a writer and editor, that first Thanksgiving would probably just a footnote in history.

Sarah Hale was the woman who convinced President Abraham Lincoln to officially declare Thanksgiving as a national holiday every year.

She had lobbied for years to have the sitting president declare a national holiday of Thanksgiving. She wrote numerous articles and letters to persuade the president to make Thanksgiving a federal holiday. She thought it would unify the Northern and Southern states before tensions and divisiveness became war.

Unfortunately, war did break out, but that didn't stop her from continuing to write letters to the president. Her last letter was written in 1863, and a week later, President Lincoln wrote a proclamation declaring Thanksgiving a national holiday.

We all owe a debt of gratitude to Sarah Josepha Hale for persisting in her belief that a day of thanksgiving would be a good thing for a country divided.

Mrs. Hale who founded the American Ladies Magazine, a periodical that promoted women's issues long before the suffrage movement, contributed a piece of writing that most children have learned for the last couple of hundred years.

She was the author of the children's poem, Mary Had a Little Lamb.