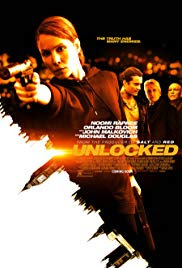 If you're a fan of movies where strong women make hard decisions, I've got a winner for you.

I you like women she-roes who are just as formidable—and believable in the role—as male heroes, this is the movie for you.

You'll love watching Noomi Rapce as Alice Racine, a woman fully capable of taking care of herself and strong enough to see the big picture and try to save the world.

You're going to love Unlocked. It's an Amazon Prime Video new release.

If you don't subscribe to Prime Video, you can rent it just about anywhere. Remember, Amazon Prime Days are July 15 and 16 so mark you calendar so you can take advantage of some jaw-dropping special deasls.

Since I first saw Noomi Rapace in the Dragon Tattoo Trilogy, she's been a "must watch" favorite. She's an amazing actress and isn't afraid of taking on difficult roles. This one is no exception.

Grab this action thriller, a new release on Amazon Prime Video for some exciting entertainment this weekend. 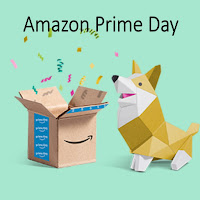 On Amazon Prime Days, there will be special deals on joining Amazon Prime. You get free shipping on anything marked Prime shipping.

You get Prime Music, access to millions of tracks of music.

You get Prime Video with its award-winning, critically acclaimed original programming.

Some of the best original TV shows and movies are being produced by Amazon Prime and Netflix. If you haven't tried video streaming, you're missing something amazing.
Posted by Joan Reeves at 6/27/2019 11:26:00 PM