I was cleaning out the spam comments folder from SlingWords and came across one I had saved simply because it was so spiteful.

I read it again and thought I'd post it here just as a curiosity. The comment below was left on a book spotlight Thursday3Some post featuring a lovely Christian Romance Author. I won't say the name for obvious reasons.

"I am an American man, and I have decided to boycott American women. In a nutshell, American women are the most likely to cheat on you, to divorce you, to get fat, to steal half of your money in the divorce courts, don’t know how to cook or clean, don’t want to have children, etc. Therefore, what intelligent man would want to get involved with American women?

"American women are generally immature, selfish, extremely arrogant and self-centered, mentally unstable, irresponsible, and highly unchaste. The behavior of most American women is utterly disgusting, to say the least. 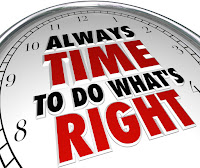 Of course, I did not respond to his comment. I just threw it into the spam folder because reading it told me the man has some severe problems.

Perhaps he was hurt by a woman, but to classify every American woman in the way he described them is obviously wrong.

He asked what man would want the kind of woman he described. No one of course.

However, the way he described a woman can be interpreted in a different way that, I suspect, may be more accurate than his cultural viewpoint.

What man would want a confident, assertive, self-assured, strong, smart, non-judgmental woman who knows what she wants in life and is willing to work hard to achieve it?

What man would want a woman who raises her children with those same values and beliefs and teaches them to respect all people regardless of race, religion, sexual orientation, and all the other superficial differences people have?

Millions upon millions of real men.

There really are a lot of haters and prejudice in this old world. It's a shame they can't direct all that energy toward something positive.
Posted by Joan Reeves at 5/22/2019 11:13:00 AM