EZ Lesson: Who Invented the Internet?

I found some notes I'd made years ago about how the Internet came into existence.

I've always had a curious mind and never hesitate to research things that interest me.

Of course, that accounts for bulging paper files in my office lateral files and umpteen folders of information saved on my computer.

So I know who "invented" the internet. In case you play trivia and come across that question, here's an easy to understand history with simplified explanations of why these inventions were significant. Now you know and can win that trivia trophy. (I love trivia games on cruise ships. I have 2 trophies in my bookcase.)

He published a paper about the idea of packet switching, an essential component of the internet. Packet switching routes packets of data from one place to another based on address info in the packet (like a mailed letter with the address on the envelope).

That replaced circuit switching, the science behind traditional telephone exchanges, in which an actual electrical circuit had to be established from the source to the destination.

The advantage was that a physical connection carries packets for many different purposes all at the same time.

For services like the World Wide Web (NOT the same thing as the internet) packet switching is essential and makes it possible for millions of users to share a single physical connection to the internet. 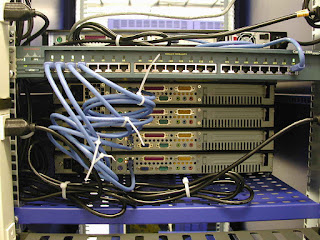 He first described a worldwide network of computers, but he didn't call it the internet. His name for it was the Galactic Network. (Sounds more impressive, doesn't it?)

The same guy designed ARPANET (Advanced Research Projects Agency Network) which became the seed from which the internet, as we know it, grew. 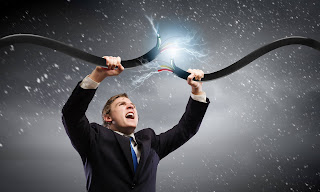 She invented the spanning tree algorithm which allows efficient bridging between separate networks. Without this, the internet or any large network would be impossible.

Like any significant invention that changes civilization, there are positives and negatives about the effect on civilization. History will be the final judge.
Posted by Joan Reeves at 9/26/2018 12:30:00 AM