This American network is described as a digital multicast television network, and it's owned by Cooper Media which also owns the Justice Network.

Quest, self-described as entertaining "viewers with exhilarating adventure programming, is broadcast nationwide via OTA digital television. In other words, you can watch it via an HD antenna, no cable or satellite required. I must say it lives up to its programming description.

The target audience? Adults between the ages of 25 and 54. 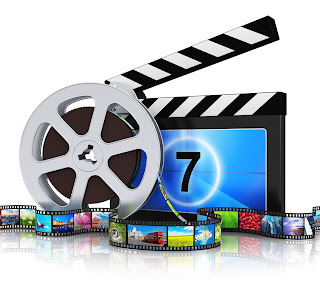 If you're a documentary fan, you'll love Quest because it specializes in travel, historical, science and adventure-focused documentary. They also show some of the more interesting reality series like Modern Marvels, Storm Chasers, IRT Deadliest Roads, and Auction Kings.

They also shows like Life After People which is an interesting blend of imagination and science with a heavy dose of post-apocalyptic solemnity.

If you're an armchair military historian, you'll really like all the shows about the various wars.

According to Wikipedia, Quest has "pending affiliation agreements with television stations in 36 media markets (including 24 of the top 30) encompassing 24 states..."

I do love good documentaries so I've been watching the ones of WWII battles using computer graphics to "reenact" the battles which really gives an interesting perspective to these historical events.

Documentaries not only entertain, but they are a rich source of ideas for authors. Two of my books were inspired by documentaries. So if you're in need of inspiration, watch a few documentaries.
Posted by Joan Reeves at 2/11/2018 12:32:00 PM