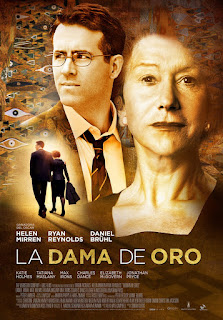 Woman in Gold is the movie based upon Maria Altmann's struggle to have the Klimt painting, Woman in Gold, returned to her as its rightful owner.

The Woman in Gold is actually named Portrait of Adele Bloch-Bauer. Adele Bloch-Bauer was Maria Alltmann's aunt. The 1907 painting by Gustav Klimt was one of the thousands of art treasures seized by the Nazis.

Many of these masterpieces were never returned to the rightful owners or their heirs, especially if they ended up in museums as the Klimt painting did in Vienna where it became entrenched as their most famous art work.

If you're familiar with The True Story of the Woman in Gold, the documentary about Maria Altmann's years-long attempt to reclaim the Klimt painting of her aunt, then you'll probably enjoy this dramatic recreation of the event.

Maria Altmann, an octogenarian Jewish refugee, took on the Austrian government to recover the artwork she believed rightfully belongs to her family. In the movie, Helen Mirren portrays the strong-willed Maria, and Ryan Reynolds stars as the lawyer who took on her allegedly unwinnable case. 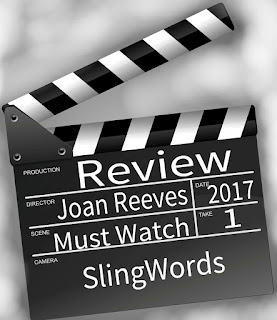 I watched this on Netflix. You can also find it on Amazon. If you like underdog stories, you'll really appreciate this one, but even better is the dramatic presentation of that terrifying time in history.

To learn all the details about Maria Altmann's impossible quest, watch the documentary The True Story of the Woman in Gold. It's just as compelling as the movie.
Posted by Joan Reeves at 3/07/2017 07:00:00 PM