My Grandfather Gave Me Baseball Fever 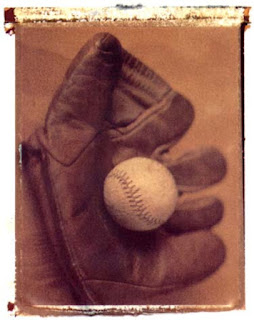 Major League Baseball on the radio has been broadcast for nearly 80 years. In fact, it was one of the first sports to be broadcast in the U.S. In this world of Internet and rapid communication, baseball is still being broadcast on radio today.

Every Major League Baseball team has a flagship radio station, and the games are also broadcast on national radio.

I was going to blog tonight, but Game 6 of the World Series between the Cubbies and the Cleveland Indians is on so I must watch that instead.

I love baseball, and I can blame my grandfather for that. When I was a little girl and would visit my maternal grandparents, it was the best time of the year. They were country people. They had no television, only radio, and it was turned on only at night and for news broadcasts.

They never set an alarm clock. When they sun came up, they got up. When the sun went down, they ate supper and did end of the day tasks. By the time it was full dark--in the summer this was usually 9:00 in the evening--everyone went to bed.

Every night, my grandfather turned on his radio to catch the baseball games being broadcast. The thrilling broadcast could be heard throughout the small house. Even in the South, we listened to Cubs games, probably from beamed from an illegal mile-high antenna across the border. I grew up with a special fondness for the Cubs and for listening to ball games on the radio.

Tonight's game is thrilling. The Cubs are leading. They last won a World Series in 1908. Even though they made several appearances throughout the years at the Series, they always lost. The last time they played in a World Series was in 1948 before I was even born.

Whoever wins will have deserved it because both teams haven't won in a long time, but I wonder if my grandfather is up in heaven rooting for the Cubs. If so, maybe the Cubs have a little extra something going for them.
Posted by Joan Reeves at 11/01/2016 07:00:00 PM