Is Romance Only For the Young?

Have you noticed that most romance novels are peopled by the young and beautiful?

Yes, as my husband often says, I’m a master of stating the obvious.

Sure, traditionally-published novels usually starred those under thirty-five--actually under thirty would be more accurate. In fact, an editor once said to an author I know: “Make your heroine twenty-three years old and the CEO of a company.”

The point is that traditional publishing had this idea that readers were all in their twenties, and those young women didn’t want to read about anybody much older than they were. (Is it any wonder so many authors happily deserted traditional publishers and embraced indie authorship?) 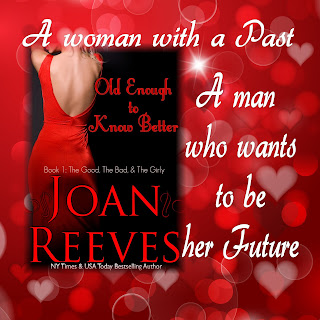 The truth is that there are far more millions of romance readers over thirty than under it. In fact, there are older readers hungry for romance novels with older heroines.

Recently, I received a comment on my mailing list sign-up form that made that statement. The reader had just finished Old Enough to Know Better, my romance with the heroine turning fifty and in love with a younger man.

In that romantic comedy, Stormy is an older woman, and her soul mate just happens to be a younger man, Sean Butler. Sean has all he can do to woo Stormy who obstinately refuses to become involved with him—even though she’s half in love with him anyway.

In the end, he prevails. I don’t want to spoil the ending in case you haven’t read this book, but he gives her a pendant with an engraving that sums up Stormy’s attitude about finding love.

The reader loved the book (her words) and wanted to read more books like it. I guess I've lived llong enough to know that there is no age limit on romance and love--and sex!

In most of my books, I have a secondary romance with an older couple in the spotlight. In The Trouble With Love, shown above, the heroine's mother rediscovers love after a disastrous youthful marriage--that means a torrid sexual relationship too.

To some, the idea of romance and sex for those below forty makes them uneasy. I think pop culture has created the idea that it's ludicrous when in actuality, sex has no age limits--only health limits.

Maybe that's because we all have a self-image embedded in the brain that doesn’t age. I think that’s why you are startled when you walk down the street and catch your reflection in a store window. Ever done that? Ever thought, “My God, I look just like my mother!”

I love writing about two people who find each other in life. There’s romance, sex, passion, and, in the end, commitment. But, I also love shaking things up a bit. I often throw in a secondary romance between people of a certain age, like I said above in The Trouble With Love.

In Still The One

, the main love story was Burke and Ally. Burke’s grandfather and Ally’s grandmother were scheming matchmakers who were also in love and having an affair after meeting on a cruise ship. Yes, they talked about sex! Oh, horrors. Seventy-something people talking sexily. What’s the world coming to?

Over the Hill? Nope!

So if you’re older than 30—or 40, 50, 60, or beyond—don’t despair. The road of life is long and offers love and romance—and, yes, sex too—every step of the way. You can fall in love, and you can read about women and men your age falling in love. 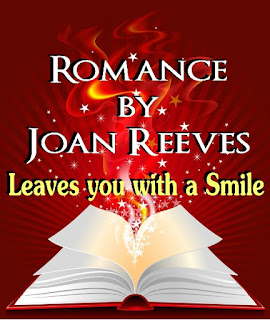 In this new age of publishing, authors aren’t restricted by arbitrary age guidelines. We can write all kinds of stories—even romance novels with older lovers.

Love at any age is amazing, intense, breathtaking, and wonderful. When you’re older, that’s still true—sometimes all those feelings are magnified.

In “The Man in Lower Ten,” Mary Roberts Rinehart wrote: “Love is like the measles. The older you get, the worse the attack.”

Now that is the stuff of romantic comedy, and exactly the kind of book I love to write.

What do you think about lovers older than their 20s? Leave a comment with your email address to be entered in a giveaway for a free audio book copy of The Trouble With Love. Giveaway closes at midnight on 10/16. Winner notified by email.