5 Books That Stood the Test of Time by Cassie Phillips

My guest today is Cassie Phillips who writes for Culture Coverage.

I met Cassie via email when she contacted me about guest blogging on SlingWords. We've had a technologically-challenged correspondence, but it's been worth it. I think you'll like the post that Cassie has offered for today because she's like us--a reader through and through.

Cassie is a freelance blogger and a big fan of all genres of literature. She said: "I especially loves it when her favorites pop up on must-read and can’t-miss lists. It totally verifies her love!"

You can find Cassie online at her blog, Secure Thoughts , at her Culture Coverage Web Page, and at her Twitter accounts: Cassie_Culture and SecureThoughtsC. 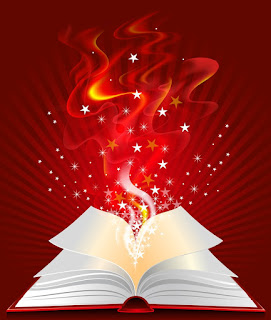 Either by written prowess or movie-making popularity, some stories have catapulted to stardom just by engrossing new generations in their classic tale. From unrequited love to tales of otherworldly design, audiences keep coming back for more of these five classics again and again.

The world’s lingering obsession with vampires and all things that go bump in the night has not slowed down since Bram Stoker brought the count to life in 1897 from his home in the United Kingdom. Instead, I’d say it’s done nothing but sped up.

From the modern video renditions to the entire spin-off genre that led to Anne Rice, Charlaine Harris, and Twilight fame, the world is still as obsessed with the bloodsucking undead as they were when they first cracked the book's spine.

From True Blood to Monster High, Dracula has truly left its bloodstained mark on the pages of pop culture as readily as it has on the pages of literature, and it’s sure to keep sinking its fangs ever deeper as time goes on.

The DC Comics hero is one of the more serious heroes of the universe, and it’s only made Batman a veritable success for the past decade, even though his story dates back to 1939.

While a comic book may not be everyone’s idea of real literature, it’s undeniable that the character has incredible lasting power, even if he’s over 70 years old. From Christopher Nolan’s adaptation to the very recent Batman vs. Superman: Dawn of Justice flick, each generation has had its own bat-fearing vigilante to clean up the streets and put crime to right.

Since DC Comics launched its latest comic book Rebirth initiative, classic characters like Batman are getting their humanity back with new stories, and new stories always means renewed interest.

3. Tarzan of the Apes

The tale of the intelligent savage was a British colonial dream hero, and Tarzan of the Apes by Edgar Rice Burroughs is the penultimate demigod that keeps on giving.

The first movie edition, a silent film from the 1900s, broke the story to the big screen, and it was followed by countless adaptations—from the 1960 bodybuilder picture to Disney’s rendition that included a bopping soundtrack from Phil Collins—and has resulted in a remake this year starring Alexander Skarsgard.

What does this mean for a story that’s over a hundred years old? It means it’s still a fascinating one for viewers and audiences to fall in love with.

4. The Lord of the Rings

While The Lord of the Rings craze may have jumpstarted over a decade ago, the recent release of The Hobbit trilogy (and talks of a theme park) have reinvigorated the wonderful world of Middle Earth to the point where it’s more than just a global reference point, but one that is as strong today as it was in its post-World War II 1954 printing.

Peter Jackson’s movie adaptations (available for streaming on American Netflix if you’re feeling up to it) felt totally right for their time—winning Best Picture nominations and Academy Awards galore and proving that the fantasy realm is no longer taboo.

It inspired texts like George R. R. Martin’s Game of Thrones, J .K. Rowling’s Harry Potter, and definitely Christoper Paolini’s Eragon. Even if you’re super familiar with the original, these texts are sure to feel just about right to any hardcore Tolkien fan.

Jane Austen’s classic tale of love in Edwardian England has been a main fixture on the world stage since its publication. Through movie adaptations, additional books and spin-off series, it’s become the one love story we continue to take to heart time and time again.

From Joe Wright’s beautiful film adaptation in 2005 to the recent parody novel Pride and Prejudice and Zombies, where Austen’s heroines get a modern reboot when half of their acquaintances are the reanimated and destructive undead, this story doesn’t look like it’s stopping anytime soon. 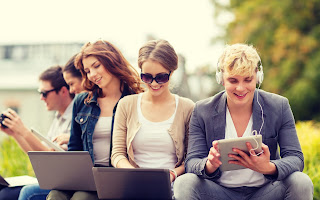 Old Favorites Are Ever New

Some stories just stick with us and get better with time, and even if they’re familiar, true fans like the reintroduction of the classic every once in a while—who doesn’t like to revisit old favorites? So sink your teeth into these texts to freshen up your memories and get close to these beloved tales.

If you have any suggestions or comments, please send them my way. I’d love to stumble upon a new favorite read!