In a Flood, Don't Forget The Dog!

Yes, it's flooded again in Houston. H-Town is often called the Bayou City. I'm beginning to think the bayou is trying to reclaim the city! Every creek, bayou, river, and drainage canal is over the banks I think. I have no idea how many people and homes have been affected this time.

Two nights ago on the news, there was film footage of a dog that apparently had been left to fend for itself when the homeowners evacuated during the rising water.

Houston and surrounding counties have been inundated with flood waters, and it happens really fast. I don't want to make a moral judgment about the dog's owners. Maybe they were away at work and couldn't get in once their property flooded.

However, the dog was tied to a porch post which in itself is not a good practice even in good weather.

Luckily, a news team came by in an airboat and saw the dog. Only the dog's head was barely above water as the dog treaded water, trying to save itself.

They rescued the dog. The poor thing collapsed on the floor of the airboat. I can only imagine how long it must have been treading water, waiting for a human to come and save it. The dog is doing fine. People have called the TV station to find out if they could adopt the brave dog. I'd take it in a heartbeat.

Be Prepared For Your Pet's Sake

When small creeks become raging rivers, animals need to be saved too.

Yes, it's hard to find shelters that will take animals in these dire situations, but some are available. The best plan is to be prepared and learn what to do before the emergency happens.

A few years ago, I wrote a post with some great quotations about dogs. I thought I'd excerpt it here.

If there are no dogs in Heaven, then when I die I want to go where they went. ~ Will Rogers

I've seen a look in dogs' eyes, a quickly vanishing look of amazed contempt, and I am convinced that basically dogs think humans are nuts. ~ John Steinbeck

Anybody who doesn't know what soap tastes like never washed a dog. ~ Franklin P. Jones 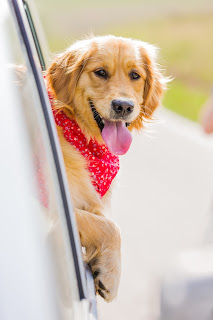 The average dog is a nicer person than the average person. ~ Andy Rooney

A dog teaches a boy fidelity, perseverance, and to turn around three times before lying down. ~ Robert Benchley

If I have any beliefs about immortality, it is that certain dogs I have known will go to heaven, and very, very few persons. ~ James Thurber

Ever consider what our dogs must think of us? I mean, here we come back from a grocery store with the most amazing haul -- chicken, pork, half a cow. They must think we're the greatest hunters on earth! ~ Anne Tyler

Women and cats will do as they please, and men and dogs should relax and get used to the idea. ~ Robert A. Heinlein

If you pick up a starving dog and make him prosperous, he will not bite you; that is the principal difference between a dog and a man. ~ Mark Twain

You can say any foolish thing to a dog, and the dog will give you a look that says, "Wow, you're right! I never would've thought of that!' ~ Dave Barry

Dogs are better than human beings because they know but do not tell. ~ Emily Dickinson

If you think dogs can't count, try putting three dog biscuits in your pocket and then give him only two of them. ~ Phil Pastoret

If you want a friend in Washington, get a dog. ~ President Harry S. Truman

Are dogs mankind's best friend? I think so.