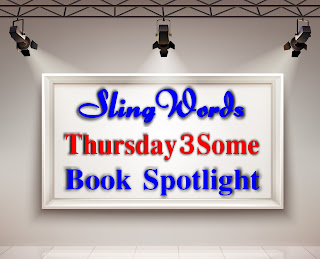 I have reviews of 3 romantic suspense novels that I think you'll like.

The Amazon Kindle link is given for these books, but I'm sure you can find them at all ebook sellers.

These are all priced low so you can add them to your To Be Stack for a modest price. Go crazy and select all 3 for a reading-filled weekend.


Happily Never After by Bess George

From my review posted on Amazon: Kelsey Brackston has a dirty little secret. Since being shot in the chest, she's suffering from a major case of PTSD. Sure, men have PTSD, but one doesn't often read about a woman coping with this affliction--and coping unsuccessfully at that.

This gripping detailed story of PTSD shows how it can literally ruin your life until you feel as if everyone is out to get you. That's the situation Kelsey finds herself in even though she relocates to a different part of the country. Her troubles followed her. From one unexplained accident to another, Kelsey has no one to turn to except former SWAT officer Bode Taggert who vows to keep her safe.

As the "accidents" and violence escalate, Kelsey is certain someone really is out to get her, but her chief suspect is a dead man. In an action-packed climax, the truth is revealed. If you like a mystery wrapped in a romance and flavored with action, this romance is for you.

After the Night by Linda Howard

This is one of Ms. Howard's older novels. I read it years ago, but I saw it was in ebook now so I bought it for my Kindle. I enjoyed it just as much as the first time I read it.

From the Amazon Description: FAITH DEVLIN: A poor, outcast child in Prescott, Louisiana, she'd always adored the town's golden boy from afar. But he called her white trash that sultry Southern night when his rich, respected father disappeared, along with her pretty Mom. Now Faith wanted to hate Gray Rouillard...not to feel a powerful surge of desire. But she couldn't quench her passion, any more than she could hide the truth about the past she had waited so long to unravel.

GRAY ROUILLARD: Even when he raised hell, he did it with style. Reckless, charming, and backed by Rouillard money, Gray controlled the town of Prescott -- and Devlin was a name he never wanted to hear again. But when he gazed at Faith Devlin, all he saw was a swirl of tangled sheets and her silken flesh beneath him. To care for her was impossible, unthinkable...because Gray Rouillard planned to use all his power to ruin her.

A Long Way Home is actually free as an introduction to Ms. Orr's series, Riverton Road.

From the Amazon description: Going home can be dangerous.

Kara Cartwright returns to her hometown on the same night Anthony Benton is murdered. But she knows nothing about that or how it will unhinge her life. She only knows she vowed never to come back to Riverton or to see Matt Kalli again.

Matt has made a vow of his own. He will never forgive Kara – the woman who loved him then betrayed him nine years ago. And he can’t forgive himself for the way she is stuck in his heart.

All these two have in common is their hatred of Anthony Benton. Now Benton is dead and they could be suspects. People they care deeply about could be suspects too. That gives Matt and Kara something else in common – a perilous search for the real killer before he murders again.

Great weekend reading is ahead with these books so grab them today.