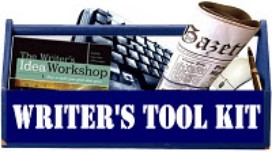 How many different viewpoints are there? Most people say there are 5, those being First Person, Second Person, Third Person, Omniscient, and Modified Omniscient.

The important thing is to choose your viewpoint character and stay in that viewpoint unless there is a compelling reason to change. Beware of the literary sin known as "head hopping" in which each person who speaks also thinks, meaning viewpoint shifts back and forth--sometimes as frequently as a dog wags its tail. (That makes me think of a historical romance author back in the 1980's who even had a mouse, I think it was, with a viewpoint!)

Many romance novels are written with shifting viewpoint used in intense emotional scenes, such as lovemaking. When the viewpoint change is obvious, and it works in that particular scene, don't be afraid to break the rules.

In other words, learn the rules first, then learn how to break them so that you make seamless viewpoint shifts that carries readers along rather than jars them out of the story and sends them backtracking to see who is speaking or thinking.
Posted by Joan Reeves at 4/15/2016 01:00:00 AM