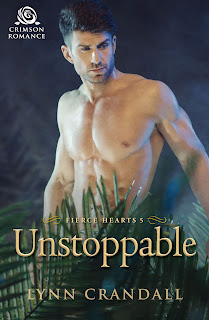 Please welcome Lynn Crandall, a friend from the days when we both wrote for Kensington's Precious Gems Romance Line. (Visit with these authors at their new group blog Gems In The Attic.)

Lynn lives in the Midwest and writes in the company of her cat. She has been a reader and a writer all her life. 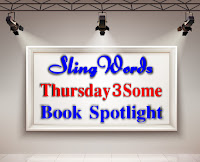 Her background is in journalism, but whether writing a magazine or newspaper story or creating a romance, she loves the power stories hold to transport, inspire, and uplift.

About Unstoppable, Book 5 of Fierce Hearts

Reeling from Project Powering, the recent battle between the evil Nexus Group and her colony of were-cats, were-lynx Lara Monroe is struggling with not only thwarting the group’s plans to take over the world and eliminate her colony, but also her own traumatic past and aching heart. Through her work as a veterinarian equipped with a special healing touch, she can help animals. Animals she can trust not to tear open her heart. As the colony’s unofficial go-to for help with emotional issues, Lara is eager to use her healing touch to help colony cat Booker Chase process grief and his PTSD. But as the focus of her unrequited love, Booker unknowingly beckons her to ask for more than friendship.

A formidable were-lynx and a physician, Booker nonetheless has his hands full helping patients who were seriously injured in Project Powering. Though his healing touch is powerful in healing physical injuries in his patients, it’s useless to help him heal from the loss of his wife or the retriggered PTSD he incurred while serving in Afghanistan. Now that his good friend Lara is standing by him in his emotional struggles, he is finding there is more to his connection with her than he realized. But dare he open his heart to her?

In the epic conclusion of the Fierce Hearts series, while the colony faces constant threats in attempting to end TNG, will Lara and Booker survive to take their second chance at love?

At the bottom of this post, there is a free Kindle Live Preview of Unstoppable.

When did you write Unstoppable?

I completed Unstoppable in November 2015.

Unstoppable is book 5 in the Fierce Hearts series. The idea of featuring were-lynxes just dropped into my mind when I was brainstorming for the first book in the series, Secrets. I was doing characterization for the hero and the thought popped in my head, “What if he is a were-cat?” The colony took shape from that point.

Why do your readers buy Unstoppable?

We all admire survivors. I think one reason is because even the Polyannas among us understand that life, though beautiful, is hard. It’s unpredictable. Sometimes it feels as though there is no ground to stand on. No one to help us. Some of us cave under duress and some of us persevere. It’s what survivors do. I feel Unstoppable offers readers the whole deal – suspense, fast pacing, exploration of inner conflicts that we all can relate to, and grounded true love. The were-lynx characters also offer a perspective of appreciating nature in a deep and organic way.

Add Unstoppable to Your Library

If you haven't selected your "vacation between the covers of a book" for the weekend, consider Unstoppable. A free Kindle Live Preview of Unstoppable follows. Just scroll down to the Buy/Share/Preview buttons and click your preference.