Monday Has a Bad Rep

Ever heard of Blue Tuesday? Of course not. Everyone knows that the blue day of the week is Monday. The British band New Order released Blue Monday in 1983.

Even before then, Monday was already the least favorite day of the week for most of the working world. I mean, have you ever heard anyone exclaim, "I love Mondays!"?

Actually, according to the all-knowing Wikipedia, Blue Monday was the name given to "a day in January (typically the third Monday of the month) purported to be the most depressing day of the year." (Real scientists decry this pseudoscience and its so-called equation that deduced this.)

All I know is that I often dread Monday, and I have the ideal job. I work at home as an author. What's to dread? I think it comes from my years of working outside of the home in jobs that I mostly tolerated, not loved.

Maybe it's the events of the upcoming week I dread and not actually Monday which begins the week. I'll be shuffling my daughter to various medical appointments from now to Friday which means I'll be out of the office most of the week. Even though I'm taking my laptop with me, I don't seem to get much done.

I do plan to get my newsletters sent: WordPlay to readers and Writing Hacks to writers. I haven't been able to get an issue out in a few months, and I'm feeling really bad about that. Then I'll be creating a video book trailer for Heat Lightning, my part of the Summer Fire box set, since I plan to publish the novella apart from the box set later this month.

As most of you know, I adore video production. A while back, I upgraded my Animoto account to pro status so I could have even more fun! The Pro plan breaks down to $19.99 a month when you pay on an annualized basis. (Paying month to month is $29.99.) Since Animoto is my preferred video production source, this was a no-brainer for me.

I've used a lot of video websites, but Animoto is my favorite because they're so user-friendly. If you want to give them a try, click here and you'll get 1 month free if you subscribe to any of their plans. (If you go Pro and don't like it, you can cancel at any time and get a refund.)

So that's my plan for this Blue Monday. Work, but have fun doing it. Actually, that's a pretty good plan for every day of the week.

Giveaway: What do you think about Monday? 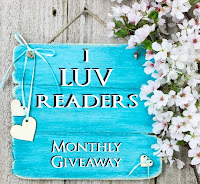 Leave your answer in a Comment. All those who comment on a June post are entered in a Random Drawing for a Swag Bag. If the name chosen resides in the lower 48, a gift bag will be sent. Outside that area, a Digital Swag Bag will be sent.