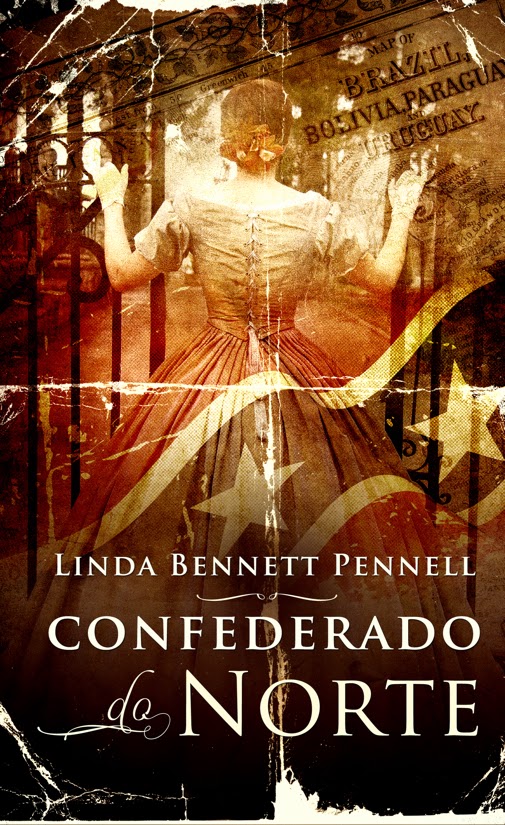 Linda has been in love with the past for as long as she can remember. A native of Georgia, Linda finds writing about the people and places of the South is a little like writing about a part of herself. She says: "Southerners value a good storyteller, and it is my goal to follow in that tradition."

(Since I too am a Southerner, I understand exactly what Linda means and agree with her about the tradition of storytelling.

My earliest memories are listening to my grandfather tell stories as we sat on the porch after supper.)

Set during the aftermath of the American Civil War, Confederado do Norte tells the story of Mary Catherine MacDonald Dias Oliveira Atwell, a child torn from her war-devastated home in Georgia and thrust into the primitive Brazilian interior where the young woman she becomes must learn to recreate herself in order to survive.

When did you write Confederado do Norte?

My title evolved during the research phase before one word of the novel was written. I wanted to use the word Confederado, but I needed to distinguish my novel from the handful of academic monographs on the subject. Confederado do Norte translates as Confederate from the North. Since our neighbors in Central and South America have historically referred to the United States as the Colossus of the North, Confederado do Norte seemed right to describe my main character.

I knew from my college studies that some Southerners immigrated after the Confederacy's defeat, but little else. As the sesquicentennial of the American Civil War drew near, an article about Brazil's Confederados and their descendants appeared in a magazine to which I subscribe. I learned that one can still see Confederate gray uniforms, antebellum ball gowns, and the Stars and Bars on display during festivals hosted by persons with Anglo surnames. That tidbit led to research that gave a fuller understanding of the people who chose immigration rather than live with Reconstruction. While I do not agree with their choices before or after the Civil War, I found their story fascinating.

Why do readers buy Confederado do Norte?

My readers are drawn to historical fiction, suspense, and of course, romantic elements. If you like your historical fiction flavored with suspense and spiced with a touch of romance, you've come to the right place!

Buy Link for Confederado do Norte by Linda Bennett Pennell