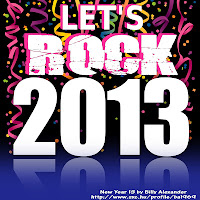 "Should old acquaintance be forgot, and days of auld lang syne?"

Thus begins the song many of us sing at midnight every New Year's Eve. Auld Lang Syne , literally translated as "old long since," or idiomatically as "long, long ago" or "old times" or "days gone by," was a poem written by Scots poet Robert Burns in 1788.

The words were later set to the tune of a traditional folk song. About 200 years later, in the United States, England, and Scotland, holiday gatherings had guests joining hands at midnight and singing Auld Lang Syne to say farewell to the old year and welcome in the new.

Canadian big band leader Guy Lombardo was credited with popularizing the song for New Year’s celebrations in the U.S. via his annual radio broadcasts beginning in 1929 and eventually moving to television New Year broadcasts. The song became his trademark, and he recorded it a few times.

Today, the song is well known in many countries, and is not sung just for New Year's. It's not uncommon to hear it at funerals, graduations, or farewell ceremonies. The Boy Scouts in many countries close their jamborees with it.