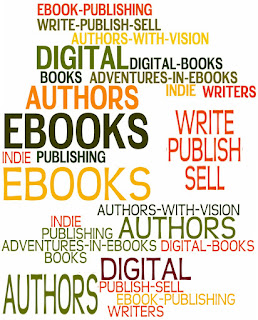 When I first started publishing e-books, I had a business plan, and that plan included pricing. This was 14 months ago. My, how the world of e-book publishing has changed in 14 months.

For the first six months, I priced all my e-books at $.99. I had studied all the bestsellers in e-books and had done enormous research about the effect of price and sales. At that time, a $.99 e-book could put you on a map and introduce you to readers who had never heard of you before.

(This article previously appeared in Writing Hacks, my subscription newsletter for writers. Subscribe today if you want to read articles like this as soon as they are published.)

In those six months, the number of authors publishing e-books increased dramatically. By the fall, many authors were complaining about slow sales. I did more research. I found that there seemed to be an increasingly strong correlation between bad reviews and low prices of e-books. I also found that a low-priced e-book no longer attracted as much attention.

Like many other authors, I came to the conclusion that you couldn't maintain good earnings at cut rate prices. Once you're not selling 10,000 copies a month of a title, you realize that you can't make a decent living if the far fewer sales are at $.99. My pricing strategy had worked in the short term to bring me to the attention of readers who didn't know my name, but the time had come to raise prices. The data I analyzed showed that a book peaked in sales at about four months. After that, sales declined and then leveled off at a stable point. After a book has been out a while, month in and month out, it will sell just about the same number of copies every month.

I raised my prices. The interesting thing is that I continue to sell the same number of books per title. The other interesting thing I noted was that I no longer had very many returns on those books. All books fade, and if you're not hitting the top sales lists, you're not going to be the most popular girl at the dance with people lined up to get to dance with you.

Ebook sales at $.99 are just something you can't sustain and build a career on. It was great as an attention getter, but I wanted readers who liked my work enough that they were willing to pay more than $.99 for my books. Now, after another six months, I'm happy with my decision to raise the price of my books. In fact, as a test, I increased the price of Old Enough To Know Better to $3.99 to see what effect it had on sales. To my surprise, sales increased. That told me that I had reached the point where readers would pay more than a cut rate price for my books.

Fast forward to today. Will $.99 e-books get you noticed today? I don't think so – not in a world when on any given day there are thousands of free e-books. In fact, free doesn't get that much notice either. Every day of the week I hear authors bemoaning slow sales, declining sales, and no sales. What's worse is that when a book is offered free, authors must contend with scathing reviews that seemingly tie the quality of the book to the free or low price.

There are a few conclusions I draw from this whole pricing conundrum.

1. Free or $.99 doesn't command much attention these days. In fact, as a reader, I'm a perfect example of this. I had about 100 free books on my Kindle. I went in this week, selected each one, read the first couple of pages, and deleted the book if it didn't grab me. Would I have done this if I had paid for the books? Probably not. I'd at least have read the first couple of chapters. But there are so many other free and cheap books I can download to replace the hundred I deleted. Go ahead and experiment with a low price or a no price, but don't keep that price forever. Watch for signs that it's time to increase the price of the book.

2. If you offer books free or low priced, be prepared for the bad reviews that inevitably will come your way. Too many people think free or cheap is indicative of low quality, and they will base their reviews on that belief as if cheap is a self-fulfilling prophecy of a bad book.

3. Readers who shop according to price point are not readers who will even read your work when your book is free or cheap. They probably won't buy your other books if they are priced up. Too many of the readers who download free or cheap e-books simply will never read them. I don't know why unless they're really not into reading that much or into that genre. They're just into getting bargains – something for free. They're into ebooks maybe because it's just the latest cool tech thing. Who knows?

4. Bite the bullet and decide that you want to cultivate readers who are your followers and who are willing to pay for your work, and pay more than $.99. If they like your writing, those are the readers who will be loyal to you. They will follow you from book to book.

5. Consider pricing according to length. Shorter works are less expensive. Longer works are more expensive. Simple and straightforward. I want readers who like my writing and who respect all the hard work I put into a book. If I lower a price for a special promotion, I want them to feel as if they are getting a great bargain. However, I always put a date in the book description as to when the book will return to its regular price.

Last year, free and low-priced worked to attract attention. This year, it doesn't seem to. Pay close attention to the trends and tailor your business plan to fit what's going on in the marketplace.