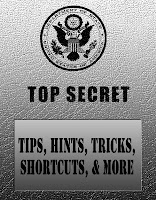 I've used online language translators like Google Translator quite a bit. The easy-to-use translator helps me understand some of the email from international readers and also to create profile biographies on some of the foreign websites that sell my books.

I have a pretty good grasp of some of the romance languages in that I can understand what I read rather well--just don't aske me to speak the language!

Beyond French, Italian, and Spanish--and Japanese which I still understand the spoken language a bit even though it's been more than 30 years since I lived in Japan--I'm just a mono-lingual girl--with a southern accent at that.

Languages fascinate me. My dad, a farm boy from Louisiana who ended up in Europe on D-Day, had a knack for languages. He easily spoke German and French, having picked them up during the war. He never lost the languages from disuse either.

I've been playing with a piece of writing and wanted two of the characters to be Cherokee and to have a bit of conversation in which they relate something, thinking other people in the room wouldn't understand them. I finally found a distant relative who can help me with the quest, but not before I spent a lot of time trying to find a resource online.

In my research, I stumbled across a great language resource called Omniglot described as an "encyclopedia of writing systems and languages." Omniglot was created in 1998 by Simon Ager who continues to maintain and develop the website. In 2008, he incorporated Omniglot as a company, Omniglot Ltd. Mr. Ager does translation and interpreting work also.

With serendipity at work, I noticed Kim Komando also had a mention of it in a recent newsletter.

Omniglot is amazing. I've taken the following from the website because it gives a succinct description of what you will find on Omniglot.

Details of more than 180 writing systems, including Abjads, Alphabets, Abugidas, Syllabaries and Semanto-phonetic scripts
Information about over 500 languages
More than 300 con-scripts - writings systems invented by visitors to this site
Tips on learning languages
Language-related articles
Useful foreign phrases in more than 150 languages with quite a few audio recordings
Texts, language names, country names, colours and songs in many languages
A language book store
Links to language-related resources

Check out the Omniglot sitemap to help you find what you want. There is also a list of all the featured writing systems and languages in an A-Z index. By the way, if you find the site helpful, they can use your support via a donation through PayPal.

Although it didn't help me with the characters I was molding, I did have fun perusing the site. I found a phrase in Cheyenne that I loved!

Great phrase in any language! I'll use that somewhere, somehow.

What a great resource for writers or for anyone who needs some language help--or if you're just curious about what your name is in other languages.
Posted by Joan Reeves at 3/27/2012 04:52:00 AM