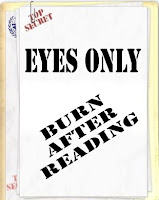 Harlan Coben is one of my favorite authors. I'm a huge fan of his Myron Bolitar series. In an old Authors Guild Bulletin, I found an interview with Mr. Coben whose book list includes 10 mysteries featuring Myron Bolitar as protagonist. I'd read this before so I took the time to read it again, and it struck me again with its insight.

He went on to say, "I’m on page 40 of the next book; Myron hasn’t shown up yet. But you never know. That’s the beauty of getting paid to make stuff up for a living."

Was he sweating because his hero hadn't yet surfaced in what he was writing? Maybe a little, but, after writing so many books, he knows that a story has its own way of unfolding. That is one of the enchantments of creating fiction.

Even when you know what the story is, even when you know how it begins and how it will probably end, you should be surprised on the path from beginning to end. Surprises should lurk around each corner even for the author.

This is why so many authors hate to write detailed outlines. They want to be surprised. They know the major points, but they want to be beguiled because that keeps them coming back to the manuscript day after day.

Once they know the story, with every twist and turn and all the subtle points, then they're ready to end it, refine it, and put it out for the world to read.

All of us who write for a living, and the smaller group of writers who can make a living by making stuff up, will attest to the fact that this is one of the reasons writing is the best job in the whole world.
Posted by Joan Reeves at 6/18/2011 05:09:00 AM