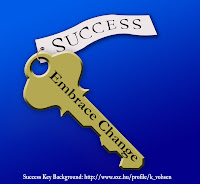 I had a plaintive letter from an aspiring writer a couple of months ago. She mourned the lack of skilled writing and talented writers in cyberspace and the print world. In a word, she sounded depressed about popular culture and writing. I corresponded with her and want to share with you what I wrote to her.

It's easy in this techno world of ours to feel as if we are alone when the whole world seems to be going in a different direction. Sometimes, I've heard other writers grouse that all Internet writers are hacks who write to titillate. Of course, this isn't true. There are good writers who deliver good content in the Internet writing community, but the ones who get the most attention are the Perez Hilton's of the cyber world.

Is our society driven only by voyeurism? Is entertainment designed to appeal to the lowest common denominator of intelligence and good taste in order to reach the masses, the Joe and Molly Six Packs as I once heard a New York editor describe them?

Personally, I think that good writing, created with thoughtful craftsmanship, will still reach people - even the aforementioned Joe and Molly Six Pack. I think people will still respond to something that strives for a higher plane of existence so don't be discouraged.

I've always believed that a good book will get published eventually. The Internet that has created this slippery intellectual property rights slope has also made it possible to get a good book published via other means than traditional publishing.

The Trouble With Love, my romantic comedy which is being serialized on Romantic4Ever.com, is a good example. That's a book I wrote at the request of an editor who left the publishing house before I finished the manuscript. The usual story applies: new editor rejected it. I fiddled with it, sent it around to other editors, but because I had written it for a particular house's editorial calendar, it didn't find a slot elsewhere even though it's a good book, and it's well written.

The problem with it, according to publishing house editors is that it doesn't have a strong marketing hook, i.e., not a vampire, secret baby, amnesiac heroine, serial killer, series about a bar like Cheers, etc. It's simply a contemporary romantic comedy about two non-vampire, zombie, shapeshifter people. Though sexy, it's also not erotica. By writing a "normal" contemporary romance, I locked myself out of the hottest markets: paranormal and erotica.

I could have let it languish on the shelf, but I chose to offer it to the publisher who had reprinted one of my print novellas as a serial on one of her websites in 2008. She snapped it up. She's said it's the biggest attraction on all her websites. Talk about a win-win situation: she received a great romance, and I was well-compensated, receiving almost as much for it as I would have if it had been print published.

Best Of Both Worlds

Ironically, it's received much wider distribution than it would have in print. Plus, I have new fans in countries that would never have purchased those subsidiary rights. I've received fan mail from North America to the middle East to Scandinavia. I appreciate those readers and am thrilled they love The Trouble With Love.

Of course, I'm not abandoning print publishing and embracing only electronic publishing. Why give up one when an author can have both?

The business model for traditional publishing has changed. Don't be afraid of change. Embrace it and forge a new path to success.
Posted by Joan Reeves at 6/15/2010 05:09:00 AM