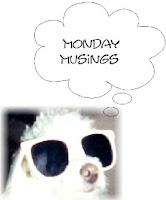 In Sunday's Houston Chronicle, columnist Leon Hale used his space to answer questions. If you're not from Texas, you may wonder who this writer is and why I'm talking about him.

Who Is Leon Hale

Leon Hale is a long time Houston newspaper columnist known for the wit and wisdom he presents in his personal commentaries. He's the author of 11 books that include nonfiction, fiction, and column collections.

In the New York Times, Phillip Lopate, writing about personal essays, named Mr. Hale as being one of the top three columnists in America today.

I started reading Mr. Hale when I first moved to Houston many years ago. He was at The Houston Post then. He's made his newspaper home at The Houston Chronicle, the only daily to survive the newspaper wars in Houston, since 1983. You can sample some of his columns at Houston Chronicle Online, and be sure and check his website to purchase his books. I know you'll enjoy them.

His folksy, conversational style remains appealing to readers despite the high tech modern world in which we're mired. The surprising thing to many is that he is a senior citizen. Actually, not just a senior but an advanced senior since he's now 89.

Several of the questions he answered in his column Sunday dealt with his age, his abilities, and his goals for the future. People seem stunned that he's still producing credible content at his age. I'm not surprised because I regularly write about writers who are turning out books, short stories, articles, and more well into what once was called their dotage.

I'm always pleased when I read about these writers in my Authors Guild magazines. Why pleased? Because I know that age does not diminish one's ability to create good copy.

No Goals? No Problem

Mr. Hale is realistic. When asked about his goals for his future, he replied that he didn't set goals. Everyone he's known who did has already passed despite a goal of reaching a ninth decade or beyond. He said he wouldn't set goals, but he'd just take what he got.