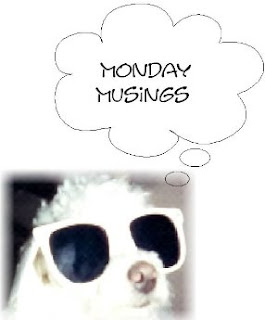 Recently, I posted to one of my lists about the need for protecting your original work. I said once you put it on the Internet that it will be there forever or until a nuclear winter kills all technology.

Ironically, that same day I received a comment on a post that validated what I'd said. The visitor VNTuongLai commented on When Lilacs Last In the Courtyard Bloom'd, a post I'd written 3 years ago in which I'd mentioned Invictus by William Ernest Henley.

My visitor invited me to view his video Bhat Kuat, music inspired by Invictus. The tempo and portentous sound of the music complements the words of the poem. At the video's 7:25 mark, the words of Invictus are displayed in English. (There is a vocal track, but it's superseded by the music tracks. Even if it were clear, it's in Vietnamese so I wouldn't understand it. I assume the vocal track is the poem in Vietnamese.)

I liked Bhat Kuat because of the incongruous mix of a nineteenth century English poem with a Vietnamese flavored music track. (Yes, I have a taste for the funky and strange.) It reminded me of I Am spartacus, which I love! That's the drum sequence from the movie That Thing You Do.

The post that my visitor commented on was just a little something I wrote 3 years ago, but it's still there to be found. So if you have an original work which may have intrinsic value, don't just throw it out on the Internet. Protect it, and plan how to best use it if you're trying to make money from your words. (I'll post more on this subject later.)

How refreshing that a poem like Invictus can be given new life in a different medium by someone who was inspired by its words - just as I was inspired in English lit class when I first heard it so many years ago.
Posted by Joan Reeves at 2/23/2009 06:00:00 AM